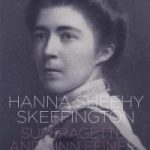 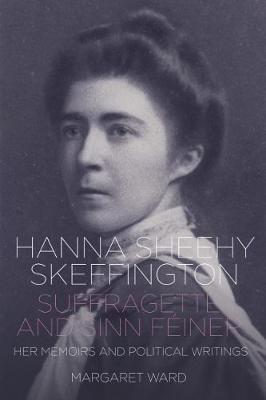 On Wednesday 4 October the Royal Irish Academy hosted the launch of Hanna Sheehy Skeffington, suffragette and Sinn Féiner: Her memoirs and political writings, edited by Margaret Ward. Hanna Sheehy Skeffington was the most significant feminist in twentieth-century Ireland. An advocate of feminism, socialism, and republicanism, her organisational abilities were recognised by the leaders of the Easter Rising, who agreed she would be the sole female member of a civil provisional government, to be formed if the Rising was a success; her husband Francis was shot without trial during the Rising. She remained an activist throughout her life, serving a prison sentence in Armagh jail in 1933, campaigning against the 1937 constitution and standing for election to the Dail as an independent feminist in 1943. Her political writings, including book and theatre reviews, newspaper articles, reminiscences, interviews, obituaries, and analysis of key events in the first half of the twentieth century were published and America and Britain as well as in Ireland, and are an indispensable source for understanding the personalities and the issues behind the struggles for both women’s equality and national independence in Ireland.

The book was launched by Catriona Crowe at Academy House, 19 Dawson St, on Wednesday 4 October at 6.30 pm. The launch was followed by a panel discussion chaired by Martina Devlin  with Senator Ivana Bacik, Catriona Crowe, and Margaret Ward, on‘Women’s equality in Ireland: where are we now, 100 years after suffrage?’.