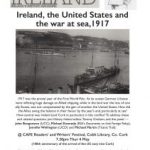 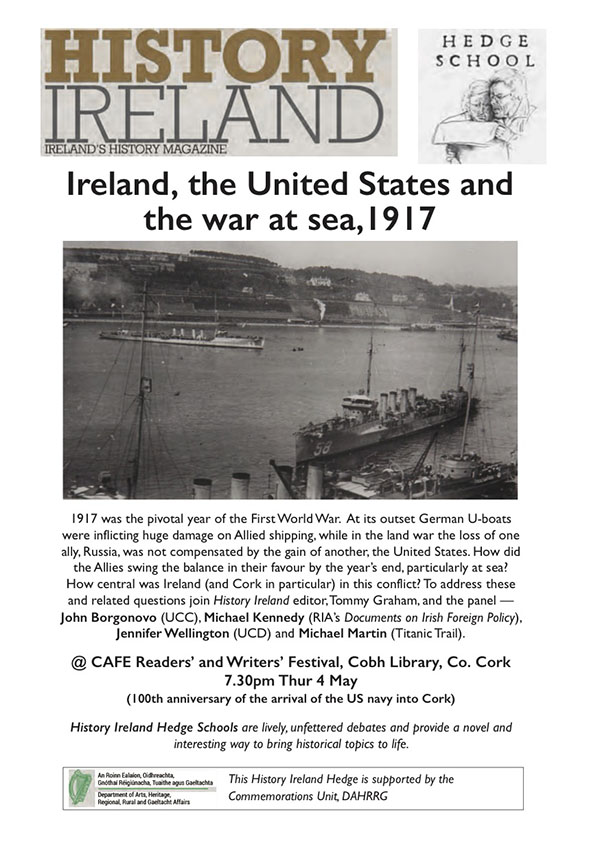 On Thursday 4 May, as part of CAFE Readers and Writers Festival,  Cobh Library hosted a History Ireland ‘Hedge School’ debate entitled ‘Ireland, the United States and the war at sea, 1917’. 1917 was the pivotal year of the First World War. At its outset German U-boats were inflicting huge damage on Allied shipping, while in the land war the loss of one ally, Russia, was not compensated by the gain of another, the United States. How did the Allies swing the balance in their favour by the year’s end, particularly at sea? How central was Ireland (and Cork in particular) in this conflict? To address these and related questions  History Ireland editor Tommy Graham was joined by — John Borgonovo (UCC), Michael Kennedy (RIA’s Documents on Irish Foreign Policy), Jennifer Wellington (UCD) and Michael Martin (Titanic Trail).

This Hedge School is organised with the support of the DAHRRG Commemorations Unit.

Listen and/or download a full recording of the Hedge School.

From Century Ireland: Robert Schmuhl on America, WW1 and Ireland’s cause.