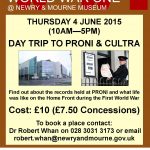 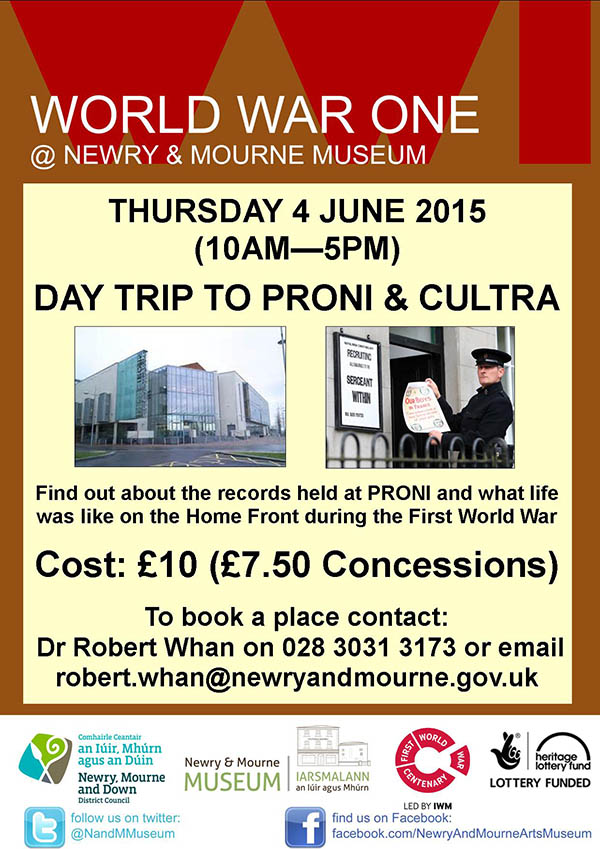 At PRONI, attendees were able to view a wide range of its holdings, including letters written by Lord Newry while he was on active service during the First World War; papers about the sinking of Kilkeel fishing vessels by a German submarine in 1918; letters and documents giving an insight into the personal impact of the war on a Warrenpoint lady whose husband, a German citizen, was interned; the initial minutes of the Newry Branch of the British Legion; and documents from the Department of Home Affairs relating to the prohibition of the erection, by the Newry Branch of the Northern Old I.R.A. Remembrance Association, of an Irish Patriot Memorial in Newry in 1938. Afterwards, the group travelled to the Ulster Folk Museum at Cultra.