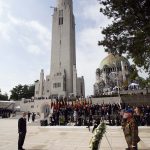 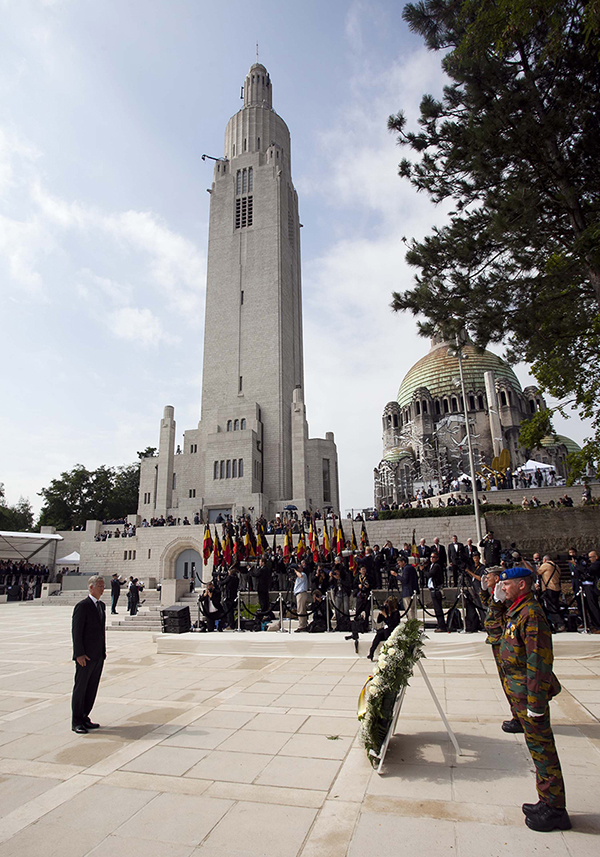 On 4 August President Higgins’ attended the official ceremony held in Liège, Belgium, to mark the outbreak of hostilities during the First World War. Liège was the first city to be attacked by German forces in August 1914, and the commemoration was hosted by Belgium in Liège. Over seventy countries were invited to attend, and 16 of these were represented at head of state level. The President and Mrs Higgins were welcomed by the King and Queen of the Belgians, and participated in a ceremony of commemoration at the Monument Interalliés at Cointe. Later that evening they attended the First World War commemorative service hosted by the United Kingdom at St. Symphorien Military Cemetery in Mons. 513 soldiers from Britain, Ireland, Canada, Belgium and Germany are buried in the cemetery at St. Symphorien and senior representatives from these countries were invited to attend the ceremony at dusk on 4 August. Approximately 500 guests attended the ceremony, consisting of 100 VIPs from the named countries, and 400 others, including relatives of those buried there.

Learn more about the Liège commemoration.

From Century Ireland: watch the RTÉ report on the Liège ceremonies, and an interview with President Higgins on the commemoration of the war.

From University of Oxford’s World War One Centenary: Edward Madigan on the significance of St. Symphorien.

From the British Library’s World War One centenary project: David Stevenson on Europe before 1914 and the origins and outbreak of the war, and Annika Mombauer on the debate over the origins of the First World War. 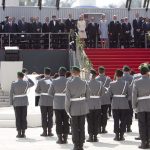 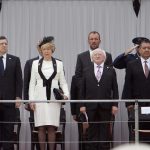 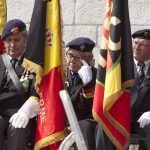 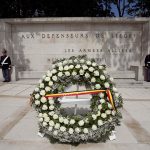 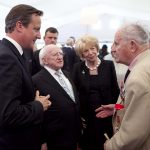 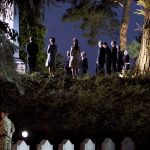