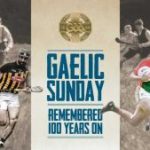 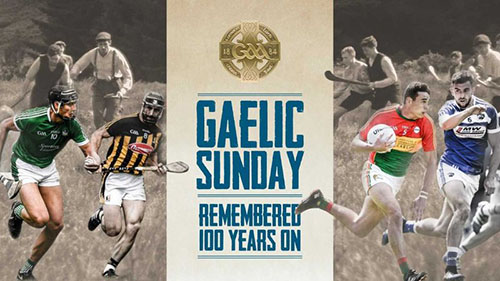 On Saturday 4 and Sunday 5 of August the GAA hosted a nationwide programme of events to mark the centenary of Gaelic Sunday, 4 August 1918. This was an organised protest undertaken against the increasing repression of the GAA by the British authorities in Ireland in the aftermath of the 1918 conscription crisis. From July 1918 onwards restrictions had been imposed on public assemblies, which could not take place without official sanction. This had a particularly strong impact on the GAA fixtures, which were increasingly disrupted and targeted by the British Army, the Dublin Metropolitan Police (DMP) and Royal Irish Constabulary (RIC). ‘Gaelic Sunday’ was conceived of as a response: a nationwide programme of club matches was organised for 3pm on Sunday 4 August. No permits were to be requested for these. The impossibility of enforcing a ban on such a large programme of events forced the British authorities to exempt sporting events from the ban on public assemblies, but the 4 August programme went ahead regardless.

The GAA programme to mark the centenary had a localised focus, involving club matches, re-enactments, and history days. Learn more about the GAA plans to mark ‘Gaelic Sunday’.

From Century Ireland: ‘Gaelic Sunday: The GAA vs the British Empire’.