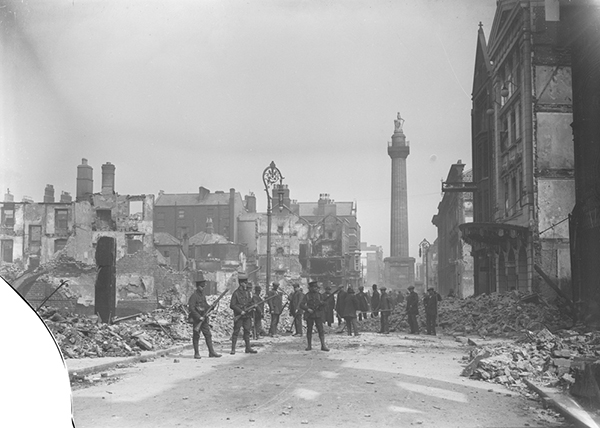 On Tuesday 31 and Wednesday 1 June Liberty Hall, Dublin 1, hosted a free public conference organised by Dublin City Council and UCD, entitled ‘Conflict and the city’. The street conflicts in Dublin from 1916 to 1922 led to major architectural destruction, which in turn brought about major urban rebuilding schemes. The the scars of conflict and the efforts towards rebuilding resonate through Dublin’s architecture today, almost 100 years later. A diverse range of architects, historians, archaeologists and geographers shared research and knowledge about what happened to Dublin’s buildings and streets during the 1916 Rising, and through the years of 1921 and 1922; while unpacking elements of the reconstruction of Dublin from 1917 and then, from 1924. The conference also placed Dublin in a greater European context, and to draw on contrasting and comparative examples of conflict’s role in city formation. This two-day public conference presented research into various architectures of war and cities in repair: from contemporary Beirut to Blitz-time London; from Cold War bunkers to Belfast’s peace-lines. The conference ended with a special screening in collaboration with the Irish Film Institute.

The conference is free but booking is essential. Full details of the programme and booking details are available here.

From Century Ireland: The destruction of Dublin.

Post Views: 46
Posted in 2016 events, Archives, Artistic and Cultural, Dublin, Easter Rising, Events in June 2016, Events in May 2016, Ireland and the World, Local Authority Events, Past