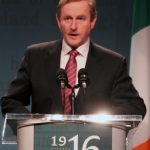 On Tuesday 31 March the Minister for Arts, Heritage and the Gaeltacht, Heather Humphreys TD and Minister of State Aodhán Ó Ríordáin TD were joined by An Taoiseach, Enda Kenny TD and An Tánaiste, Joan Burton TD, at an event in the National Museum of Ireland in Collins Barracks to launch the Ireland 2016 centenary programme, the national and international initiative to mark the 100th anniversary of the Easter Rising. Ireland 2016, led by Minister Humphreys, will commence in August 2015 and will a year-long programme of activity to commemorate the events of the 1916 Rising, to reflect on Irish achievements over the last 100 years and to look towards Ireland’s future. Highlights of the programme will include:

A major exhibition of 1916 archival material at the National Museum of Ireland, Collins Barracks;

The National Flag and a copy of the Proclamation will be delivered to every school in the country;

A series of State commemorative events, including a parade from Dublin Castle to Parnell Square on Easter Sunday 2016 and a special State Reception for relatives;

A multi-location public event, to be broadcast on television on Easter Monday 2016, telling the story of Ireland, through music, dance, drama and song;

A series of conferences on 1916 to be conducted in Irish universities;

Cultural events around the globe, to be co-ordinated through Irish embassies and Culture Ireland, including Irish cultural festivals in Washington and London.

Speaking at the launch, An Taoiseach, Enda Kenny TD, said that ‘there are some moments in history when a seed is sown and the old order changes forever. Easter 1916 was a moment when Irish nationalism joined forces with a revolutionary cultural and language movement to forge an irresistible campaign towards self-determination. It is important that the Irish people have the opportunity to come together to celebrate and have pride in Ireland’s independence, and to honour those who gave their lives so that the dream of self-determination could become a reality. Ireland 2016, as a year of reflection and engagement for everyone on this island, goes far beyond the formal marking of a key historical moment. It is a once-in-a-century invitation to people of all ages, at home and overseas, to shape and take part in a diverse range of historical, cultural and artistic activities, all designed to nurture reflection, commemoration, celebration and debate’.

Tánaiste and Minister for Social Protection, Joan Burton TD, added that ‘I am determined and the Government is determined that Ireland 2016 is not a programme for the elites and the people in the know, but a platform and programme for all our people. “The Republic – republicanism – does not belong to any one group, to any one set of people, or to any one political party. It would be much diminished if it did. We are all of us equally entitled to call ourselves republican. We are all equally entitled to be inspired by the values espoused in the Proclamation of the Republic. We are all of us equally charged to make good in our time on the challenge posed to us by the men who penned that document all of a century ago’.

The Minister for Arts, Heritage and the Gaeltacht, Heather Humphreys TD, observed that ‘since we launched the draft programme for Ireland 2016 last November, my Department has been driving a widespread consultation and engagement process, across Government Departments, civic society and arts and cultural life. We are now presenting a year-long programme of activity designed to remember the pivotal events of the 1916 Rising, reflect on our achievements over the last 100 years and collectively re-imagine our future. I am particularly excited about the education programme, which will be rolled out to every school across the country and will ensure children are at the centre of the commemorations. The arts will also have a key role; my Department is working with the Arts Council and our National Cultural Institutions on a comprehensive programme of cultural events, including a series of concerts at the National Concert Hall celebrating Ireland’s musical, literary and cultural heritage. Inclusivity is at the heart of my approach to the Commemorations; I want to encourage everyone to get involved in their own way so we can make 2016 a year of imagination and inspiration’.

Closing the event, Minister of State Aodhán Ó Ríordáin TD remarked that ‘the Ireland 2016 centenary programme we are announcing tonight is only part of the story. We look forward to continue to engage with citizens and communities across the country over the coming months to ensure that everyone has an opportunity to engage and participate in the programme. So many families have a history of relatives serving in different uniforms during this period that we prepare to commemorate. Now we have an opportunity to re-examine that history; those differences; and to appropriately commemorate all those who were involved in this critical time in our nation’s history. It is also a time to reflect on the Republic that we live in today, and to acknowledge the people who have come from abroad to live here. These new communities enrich our society and it is crucial that we use this period of reflection to reiterate that this Republic belongs to everyone. This is just the beginning of our journey and, over the coming months, further events and initiatives will be added to those already contained in this programme’.

The programme of events and initiatives comprises seven strands: 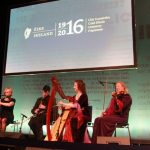 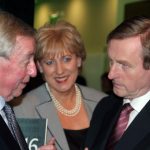 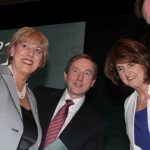 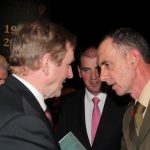