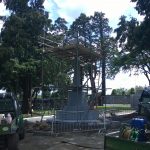 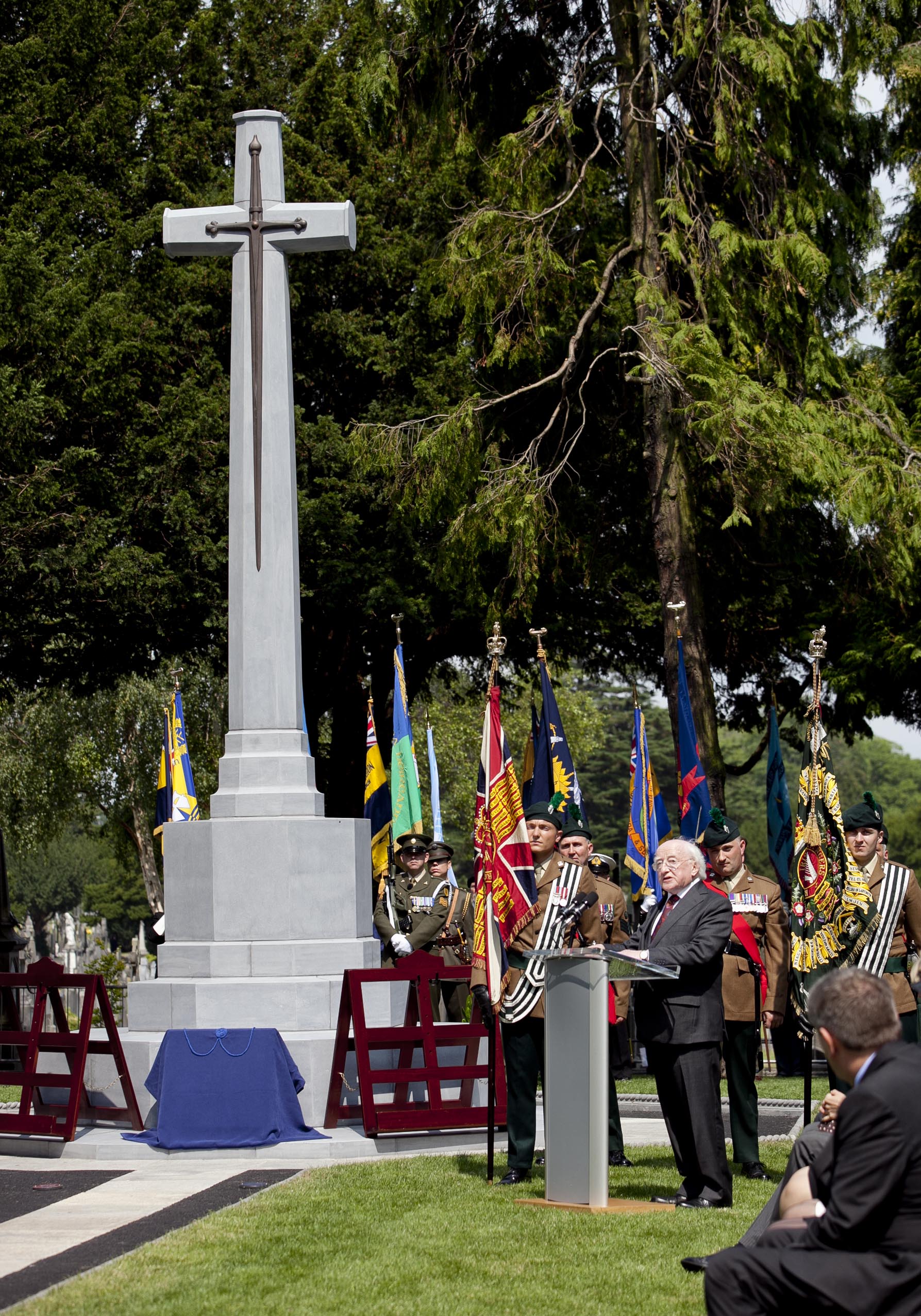 On Thursday 31 July President Michael D. Higgins led a ceremony to dedicate the newly installed Cross of Sacrifice in Glasnevin Cemetery, Dublin 11. The erection of the cross is a cooperative venture between Glasnevin Trust and the Commonwealth Graves Commission (CWGC). The service was attended by a wide range of public, diplomatic, and military representatives, along with members of the public. The event was was addressed by President Higgins.

Read the full text of President Higgins’ address, and download the commemorative booklet for the ceremony.

The memorial was unveiled by President Higgins and HRH the Duke of Kent, President of the CWGC, who also addressed the event and laid a memorial wreath alongside President Higgins. The unveiling of the Cross of Sacrifice was attended upon by colour parties from both the Defence Forces and the British Army. It was also addressed by Heather Humphreys TD, Minister for Arts, Heritage and the Gaeltacht, Ms Theresa Villiers MP, Secretary of State for Northern Ireland, and Dr. Edward Madigan (Royal Holloway), formerly resident historian at the CWGC. A minutes silence was observed, and the ceremony concluded with the Irish and British national anthems and the Last Post. 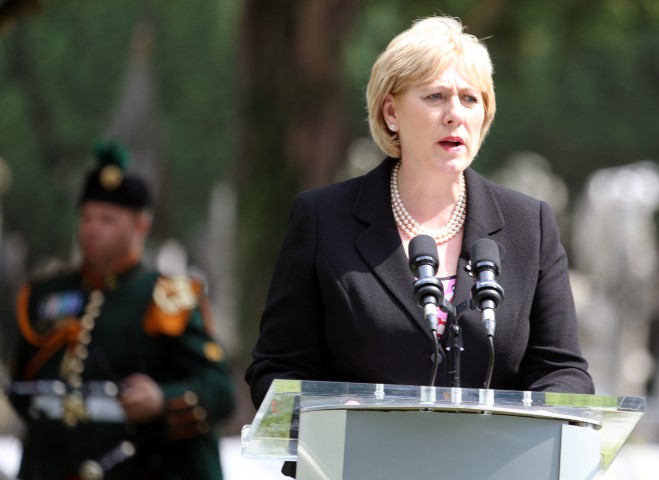 Speaking at at the ceremony, Minister Humphreys stated that ‘this is a momentous occasion, and also a poignant one, as we remember the thousands of Irish soldiers who gave their lives in the World Wars. For many people, the centenary of World War One relates to the life and experiences of their parents, grandparents and their siblings. The soldiers of the war are not anonymous or forgotten within their families and I am pleased that we have been joined by so many family members of hose soldiers. I hope that—in the coming years— these private memories will be brought forward so that we may all acknowledge this important strand of our history’. Observing that the CWGC and Gleasnevin Trust had co-operated closely to erect the Cross of Sacrifice in Glasnevin, Minister Humphries observed that ‘is is here—in the context  of all the other elements of our modern history—that the history of the Irish in the World War will be explained and the memory of our soldiers respected’.

Explore Ireland’s memorial records online, and watch the testimonies of Irish veterans of the war through the online RTÉ World War One centenary exhibition.

The Cross of Sacrifice is a standard CWGC memorial, designed by Sir Kenneth Blomfield. Consisting of a cross embedded with a bronze sword, mounted on an octagonal base, it is erected in cemeteries containing more then 40 graves of soldiers commemorated by the CWGC. Glasnevin Cemetery contains 166 Commonwealth burials from the First World War, with another 41 burials from the Second World War. The foundation stone was laid earlier this year by Jimmy Deenihan TD, then Minister for Arts, Heritage and An Gaeltacht, and Ms Theresa Villiers MP.

From Century Ireland: Watch the ceremony dedicating the Cross of Sacrifice in Glasnevin.

Learn more about the Glasnevin Trust. 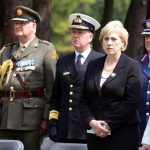 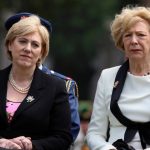 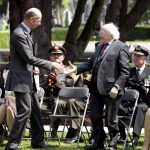 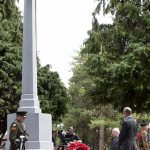 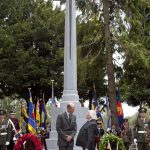