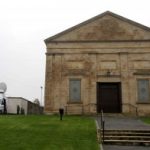 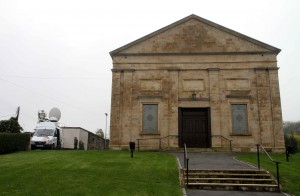 On Sunday 31 January 2016 a service of thanksgiving and remembrance for the life of Brigadier J.A. Sinton, VC, OBE, FRS, DL, took place in First Presbyterian Church, Cookstown, Co. Tyrone. This is to mark the 100th anniversary of the award of a  Victoria Cross to Sinton for distinguished service in combat in Mesopotamia on 21 January 1916. The medal was one of 37 Victoria Crosses awarded to Irish troops in the British Armed Forces during the First World War; Sinton was unique, in that he is the only person to date to be awarded the VC and also be a Fellow of the Royal Society. The service took place at 3pm, and was followed by a reception in The Main Hall. View the order of service.

From RTÉ Radio One: The little cross of bronze.