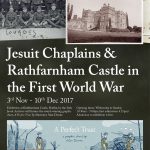 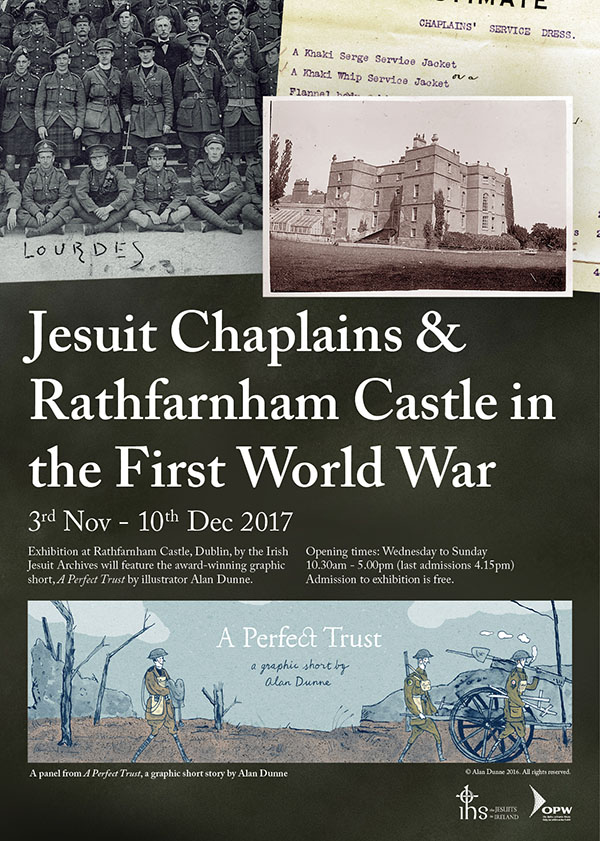 The exhibition, curated by Damien Burke, was launched on 8 November by Anne Cassin (RTÉ) and featured the award-winning graphic short, A perfect trust, by Alan Dunne, along with photographs of the First World War by Fr Henry Gill SJ.