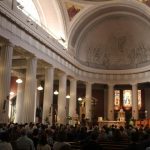 The official state centenary commemoration of the outbreak of World War One was marked with a memorial Mass on Sunday 3 August at 11.ooam in St. Mary’s Pro-Cathedral, Marlborough Street, Dublin 2, celebrated by Archbishop Diarmuid Martin, who observed in his homily that ‘our remembering the First World War and those who gave their lives in it, must challenge all of us to do all in our power to work for peace.  The horror of war, gave rise to momentary idealism at the end of World War One with the idea of a League of Nations which would reduce the possibility of recourse to war.  Such a hope was revived at the end of the Second World War with the establishment of the United Nations and the publication of the Universal Declaration of Human Rights.  The horror of prolonged war recalls human hearts to the need to prevent war and eliminate its causes’.

The government was represented by Mr. Charles Flanagan TD, Minister for Foreign Affairs and Trade. Representatives of the Organisation of National Ex-Servicemen, the Royal British Legion Ireland, and others also attended and displayed their standards. Members of the public were welcome to attend.

Read the full text of Archishop Martin’s homily and watch the RTÉ report on the memorial service at the Pro-Cathedral.

From UCD HistoryHub: William Mulligan on the origins of the First World War. 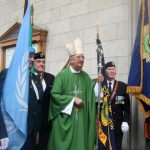 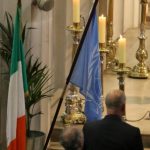 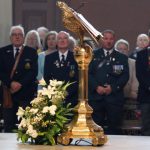 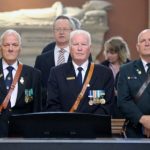 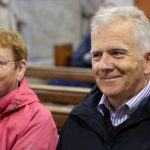 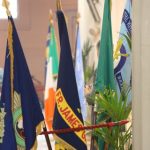 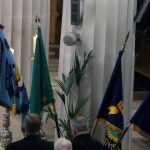 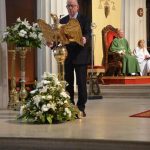