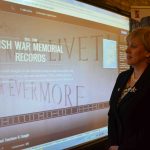 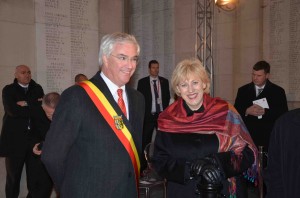 On Tuesday 28 October 2014 the Minister for Arts, Heritage and the Gaeltacht, Heather Humphreys TD, travelled to Flanders to attend a number of First World War commemorative events in Flanders, Belgium. In the course of the trip the Minister launched a new Google online exhibition on Irish involvement in the First World War, which will be available on Google’s Cultural Institute. Minister Humphreys also announced a bursary scheme to enable Irish students to carry out a research project based at at the Flanders Field Museum, to determine more precisely how many Irish men were killed during the war by examining records held by the museum.

In the course of her visit Minister Humphreys also attended a ceremony with the King and Queen of Belgium at the King Albert I Monument at Nieuwpoort, which is a memorial to the war dead. This was followed by a ceremony at the Menin Gate in Ypres, where King Philip of Belgium laid a wreath. The event was also addressed by the Belgium Prime Minister, Charles Michel.

Speaking in advance of the commemorative 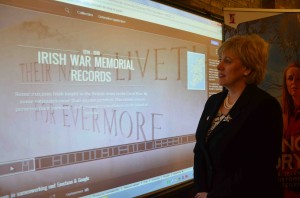 ceremonies, Minister Humphreys said ‘I am pleased to represent the Irish Government at this event, in recognition of the Irish men who died fighting in World War 1. It is important that they are remembered during this Decade of Centenaries and that their sacrifices are recognised.’ In relation to the Google project, Minister Humphreys said ‘I am delighted to participate in this launch of Google’s on-line exhibition on Irish involvement in WW1 produced by the Flanders Field Museum. Displaying the exhibition on Google’s Cultural Institute will give millions of users a chance to learn about Ireland’s engagement during the War. It also means the Exhibition can be promoted on the Cultural Institute’s G+ channel which has more than five million followers. I am also delighted to announce that my Department is working with Google and the Flanders Field Museum to develop a bursary scheme early next year to allow Irish history students spend time at the Flanders Field Museum helping to update the Irish war dead records held at the Museum, many of which need correcting and cross-checking. This scheme will play an important part in connecting young Irish people with the realities of this awful conflict in which so many from the island of Ireland fought and died’. 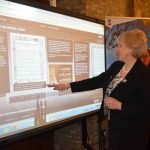 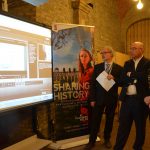 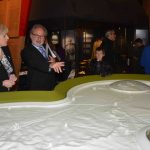 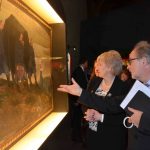 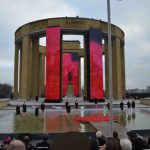 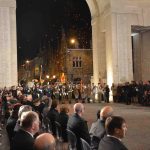