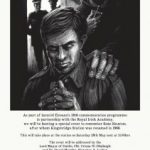 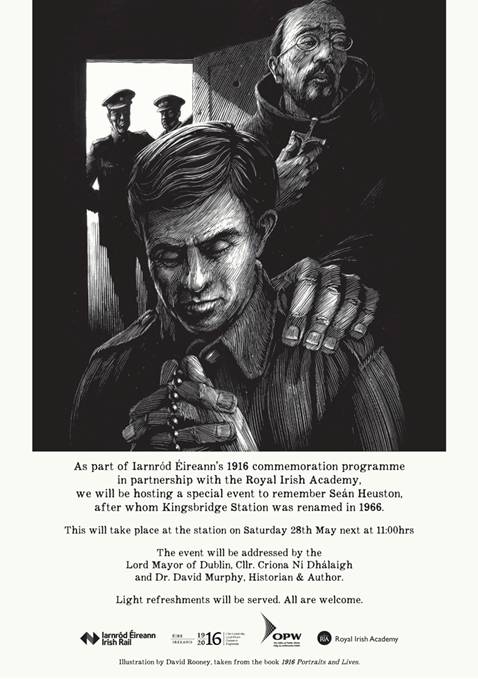 On Saturday 28 May a special event took place at Heuston Station to remember Seán Heuston, after whom the station was renamed in 1966. Originally called Kingsbridge Station, it was the main depot for the Great Southern and Western Railway (GWSR). Heuston (1891-1916) was born in Dublin and worked as a clerk for the GWSR in Limerick and subsequently Kingsbridge. Active in both Na Fianna Éireann and the Irish Volunteers, Heuston led the occupation of the Mendicity Institution on Usher’s Island during the Easter Rising; he was subsequently executed and was buried in Arbour Hill.

The event was held on Saturday, 28 May at 11am, as part of Iarnród Éireann’s 1916 commemoration programme, in partnership with the Royal Irish Academy, the OPW and Ireland 2016. It was be addressed by the Lord Mayor of Dublin, Cllr Críona Ní Dhálaigh and Dr David Murphy (Maynooth University).

From The Irish Examiner: Seán Heuston, a youthful face of the Easter Rising.