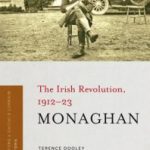 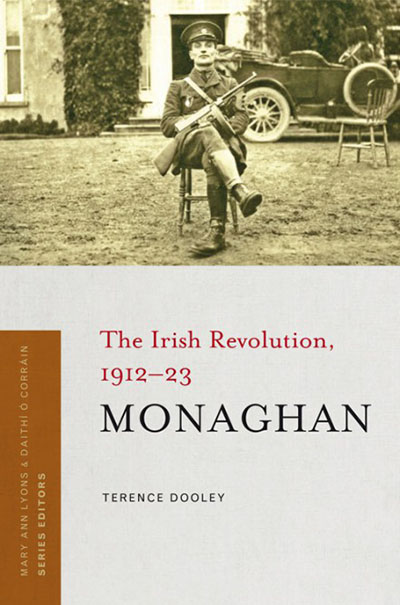 On Wednesday 28 June and Thursday 29 June Four Courts Press presented two launches of the latest in its series of county histories of the Irish revolution: Terence Dooley’s Monaghan.

In 1912, Monaghan unionists, together with unionists in wider Ulster, prepared to prevent the implementation of home rule. In their thousands, they signed the Ulster Covenant and Women’s Declaration, and joined or aided the Ulster Volunteer Force. In response to the anti-home rule threat, Monaghan nationalists joined the Irish Volunteers; the First World War intervened with significant consequences for both communities. The 1916 Rising had little impact on Monaghan but its consequences did. All communities were discommoded during the turbulent 1919–23 period by violence (sometimes sectarian in nature), the growth of lawlessness and agrarianism, the economic effects of the Belfast Boycott, and the imposition of the border with the new state of Northern Ireland. This new account examines the impact of war and revolution on Monaghan in unprecedented details.

The book was launched by Dr Rory O’Hanlon in the Shirley Arms Hotel in Carrickmacross at 8pm on Wednesday 28 June, and again by Heather Humphreys TD, Minister for Arts, Heritage, Regional, Rural & Gaeltacht Affairs,  on Thursday 29 June in the Monaghan County Museum, 1–2 Hill Street, Monaghan Town at 8pm.

Listen back to an interview with the author Terence Dooley from LMFM.