On 27 November Dr Tomás Irish, Associate Director of the Centre for War Studies in Trinity College Dublin, gave a lecture entitled ‘Trinity College Dublin and the First World War’, as part of the ‘Tell me about’ lecture series hosted by the TCD School of Nursing and Midwifery. Over 3,000 students, staff, and alumni of the TCD enlisted in the British armed forces (including units such as the Leinster Regiment and the Royal Dublin Fusiliers) and ended up serving in various theatres of war, such as German East Africa, Gallipoli, Palestine and the Western Front. 471 of them were killed; indeed, the only months of the war in which TCD ‘men’ were not killed were August 1914, February 1918 and August 1918. TCD also played a crucial role in the suppression of the Easter Rising of 1916, when served as a base for British forces in Dublin city centre.

Later that evening, Kevin Myers new book Ireland’s Great War was launched in TCD’s 1937 Reading Room, which also incorporates the Hall of Honour for TCD students, staff and alumni killed in the First World War. The original hall was designed by Thomas Marley Deane, who had lost a son in the Gallipoli campaign in 1915; the Hall of Honour  opened in 1927 and the Reading Room was opened by Éamon de Valera in 1937. The book was launched by Thomas Pakenham.

From History Ireland: Kevin Myers on estimating the Irish dead of the First World War. 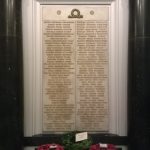 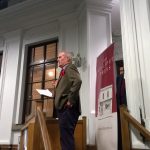 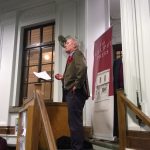