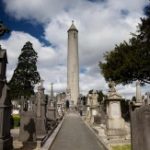 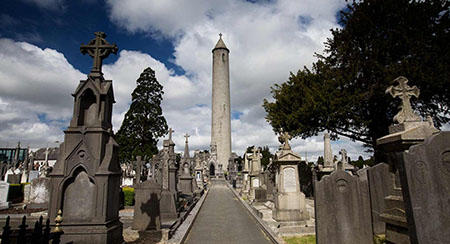 On Friday 27 July 2018 a Victoria Cross Memorial Stone to Major Edward ‘Mick’ Mannock, VC, was unveiled in Glasnevin Cemetery, Dublin 11. Born in 1887 in England to Irish parents, Mannock had worked in Turkey in the early years of the First World War but was interned; after his return to Britain, he enlisted in the Royal Flying Corps and was responsible for the downing of 61 German aircraft whilst serving in France. He was shot down and killed on 26 July 1918; his body was never recovered, and he was awarded the Victorian Cross posthumously.

The memorial stone was unveiled by Minister for Defence Paul Kehoe TD.

Post Views: 54
Posted in Dublin, Events in July 2018, Ireland and the World, Past, World War One and tagged Glasnevin, Mannock, Victoria Cross