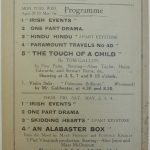 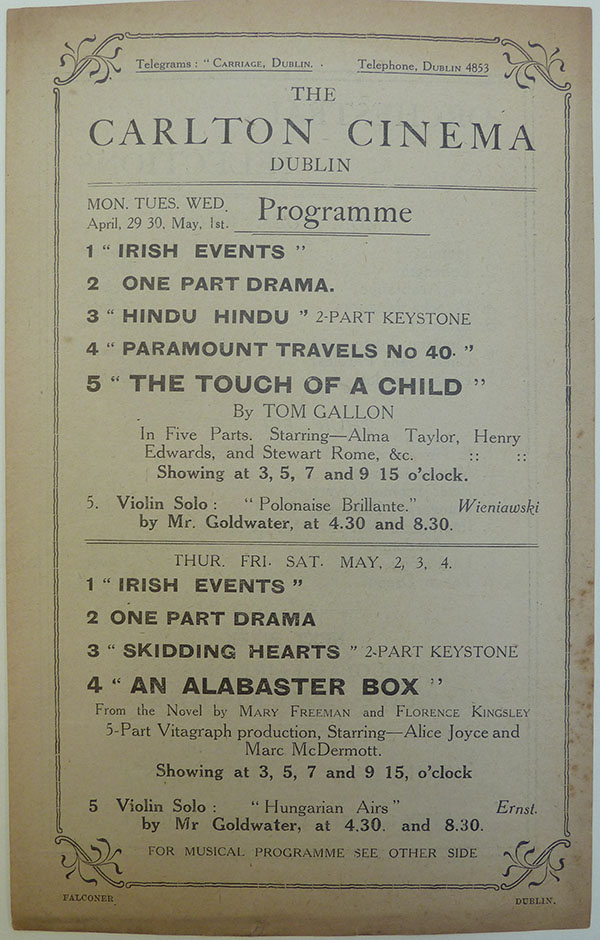 On Tuesday 27 February 2018 the National Library of Ireland, Kildare St, Dublin 2, hosted a History Ireland ‘Hedge School’ debate on ‘Cinema in revolutionary Ireland’.  In early twentieth-century Ireland, cinema was a relatively new form of mass entertainment. Previously ignored as a pernicious working class fad both by the British authorities and by their nationalist opponents, its propanganda potential was quickly recognised; in 1916 the British government sponsored the production of the documentary, The Battle of the Somme, which played in cinemas across Ireland; in 1917, within hours of the event, the Bohemian Cinema in Phibsborough screened footage of Thomas Ashe’s funeral. What effect, if any, did such interventions have on public opinion? How did both sides use the new medium? To discuss these and related matters History Ireland editor, Tommy Graham, was joined by Kevin Rockett (TCD), Ciara Chambers (UCC), Denis Condon (Maynooth) and Joanne Carroll.

From Century Ireland: Denis Condon on Irish cinema and the beginning of World War One.