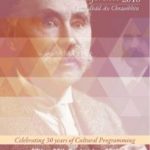 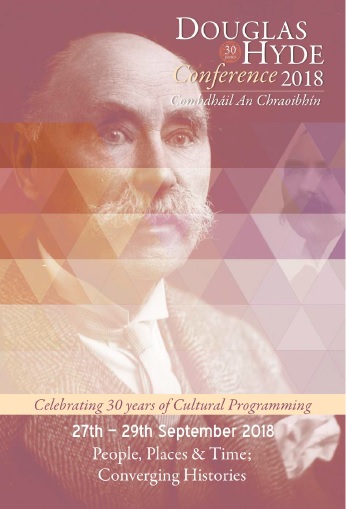 From Thursday 27 September to Saturday 29 September 2018 the thirtieth Douglas Hyde Conference took place in Ballaghaderreen, Co. Roscommon. The conference was established in 1988 in honour od Douglas Hyde (1860-1949), co-founder of Conradh na Gaeilge (The Gaelic League) and first president of Ireland. The theme of this year’s conference was ‘People, places & time: Converging histories’, and the conference had a particular focus on the centenary of events in 1918, such as the decline of Home Rule, the anti-conscription campaign, the end of the First World War, the Spanish Flu pandemic, women suffrage and the December 1918 general election. It also focused on the 125th anniversary of the foundation of Conradh na Gaeilge. Speakers included Sinead McCoole (DCHG), Ronan McGreevy (Irish Times), Ida Milne (Carlow), Margaret Ward (QUB) and Pauric Travers (DCU).

The conference took place in a number of locations in and around Ballaghaderreen. Download the full conference brochure (including details of speakers).

From Century Ireland: Irish nationalists out on show of unity in Ballaghderreen.