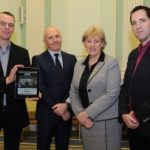 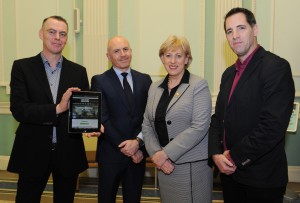 • A series of features relating to 1916 including the destruction of city, the women of 1916, the lead up to the rebellion, the British and 1916 and much more. These pieces have been specially commissioned from a wide range of leading historians from across the world.
• A series of pictorial galleries showcasing images from 1916 and newly digitised collections from the national cultural institutions.
• Coverage of all the main people and places of 1916 with specially commissioned films about the signatories was and key historical locations.
• Archival material from Century Ireland and the RTE – both video and audio – featuring interviews with those who took part in the Rising as well as contextual pieces about the 2016 commemorations.
• Special school’s material from the Department of Education’s, including objects, from our national cultural institutions, that relate to 1916 and include lesson plans for various age groups.

In March, during the Easter week commemorations, the site will be accompanied by a live tweeting of the events of 1916 in realtime. With our partners in RTÉ we will showcase the history of 1916 as well as covering the acts of commemoration in 2016. Speaking at the launch, MinisterHumphreys said ‘Century Ireland has been providing an unrivalled online catalogue through the decade of centenaries with fascinating real-time news reports and other material on the events of 100 years ago. I am delighted that my Department was in a position to support this latest venture; a dedicated online resource on 1916. The archival material from the Rising period and its aftermath is particularly fascinating. This site is another great additional to the wide array of digital material coming online as part of Ireland 2016 which is helping to bring our history to the widest possible audience’.