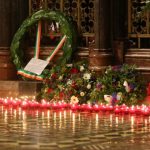 On Sunday 26 April 2015 the annual Service of Remembrance for the Gallipoli landings took place in Christ Church Cathedral, Dublin 8, at 3.30pm. The service was intended to complement the traditional dawn service on Saturday 25 April, and was open to the public. The commemorative nature of the evening service has been extended in recent years to include Irish soldiers who served at Gallipoli as well as New Zealand and Australian casualties from World War One and other military operations. This years service was organised by the New Zealand Ireland Association with the assistance of the Dean and Chapter of Christchurch Cathedral. Taking part in the service were the Deputy Head of Mission for New Zealand, Mr Rob Taylor, and the Australian Ambassador Dr Ruth Adler. The post-Service of Remembrance reception was held in Dublin Castle, hosted by the Minister for Arts, Heritage and the Gaeltacht, Heather Humphreys, TD, who also gave a reading at the service. 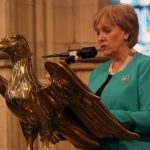 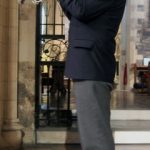