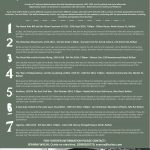 On 25 September a series of debates began in Belfast entitled ‘Ireland 1912-1923: an island in turmoil and transition’. The debates addressed seven key issues in the history of the Irish revolution, and were conducted by Tom Hartley and Philip Orr, who will each deliver a short presentation, which will be followed by an open discussion. The series took place over seven Thursdays, and each debate was staged in a different location in Belfast.

Learn more about this and similar commemorative events in Northern Ireland at History Hub Ulster.