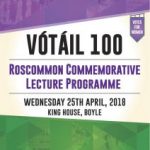 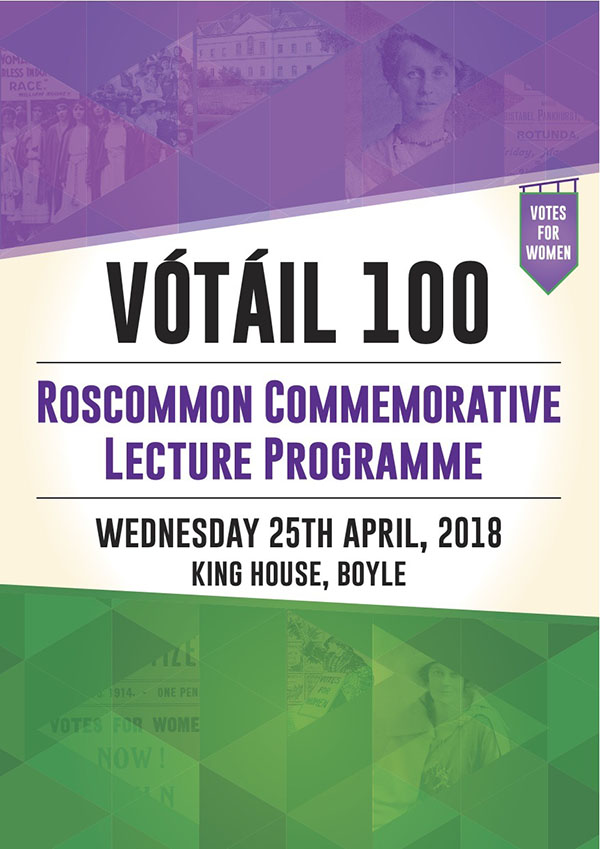 On Wednesday 25 April 2018 King House, Boyle, Co. Roscommon, hosted the ‘Vótáil 100: Roscommon Commemorative Lecture Programme’. This one-day event, organised by Roscommon County Council as part of the Vótáil 100 initiative, saw a range of speakers address the centenary of the achievement of  female suffrage and its implications. Topics for discussion included the Vótáil 100 initiative itself and the broad topic of commemoration; Irish women’s campaign for the right to vote, with a particular focus on the west of Ireland; the exercise of the vote in the 1918 general election and the representation of women in Dáil Éireann from 1919 to 1973; and archival sources and the material culture of the Irish women’s suffrage movement. Speakers included Senator Ivana Bacik, Mary Clancy (NUIG), Sandra Collins (NLI), Mary McAuliffe (UCD), Sinead McCoole (DCHG), and Claire McGing (Maynooth).

Explore the TCD/Google Arts and Culture exhibition Violence, ridicule and silence, 1750-1937: An inter-institutional exhibition plotting Irish women’s road to the vote in 1918.