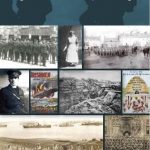 The exhibition explores topics such as enlisting, training and conscription; Naval operations in Donegal; the Royal and Merchant Navies; life in the trenches; the Gallipoli Campaign; the battles of the Somme, Ypres and Passchendaele; the economic impact of the war on Donegal, especially in relation to railways and fishing; women in the war at home and abroad; the role of chaplains; Belgian refugees in Donegal; the experience of returning soldiers; and commemoration. The exhibition also tells the specific stories of some Donegal men and women who participated in the war. These include Private Bernard McGeehan, who was executed; Catherine Black and Patrick MacGill, who wrote of their experiences during the war and Private James Duffy, who was awarded the Victoria Cross. The 28th Infantry Battalion if the Defence Forces also constructed a life-sized cross-section trench for the exhibition, which include a wide range of memorabilia: photographs, letters, weapons, two artificial limbs and a pipe that once belonged to King George V.

Read the World War One memoirs of the Donegal writer and poet Patrick MacGill (1889-1963): The Great Push and The Red Horizon. 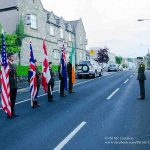 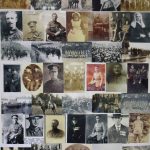 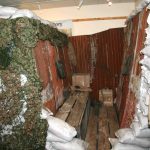 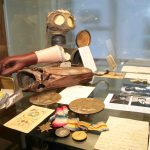