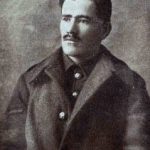 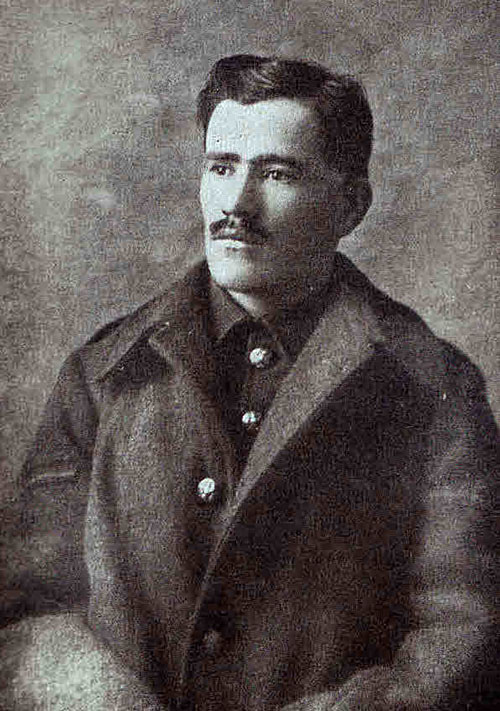 On Saturday 24 May 2017 an official state ceremony to commemorate the poert Francis Ledwidge (1887-1917) took place in Slane, Co. Meath. A native of Slane, Ledwidge was the son of a farm labourer and, having left school at the age of 13, worked in a number of occupations. He was involved in labour politics and was a supporter of Home Rule; he was also a member of the Irish Volunteers. Ledwidge had a burgeoning career as a poet before the war (though two of his three volumes of poems were published posthumously); he enlisted in the 10th (Irish) Division after the outbreak of the First World War, and saw service at Gallipoli. He was killed at the third battle of Ypres on the Western Front on 31 July 1917.

The commemorative ceremony took place at the Ledwidge family home, now the Francis Ledwidge Museum, at 2.30pm, and consisted of readings of Ledwidge’s letters and poems, musical performances, and a wreath-laying. The event was attended by members of the Ledwidge family. Wreaths were laid by Helen McEntee TD, Minister of State for European Affairs, Gerry O’Connor, Cathaoirleach of Meath County Council, Phillipe Roland, the Belgian ambassador, and Colonel Max Walker, representing the British ambassador, Robin Barnett.

Listen back to this recent RTÉ Radio documentary on Ledwidge, read a biography of Ledwidge from Century Ireland, and read or download his Complete Poems (1919).