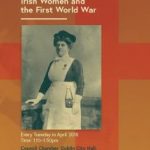 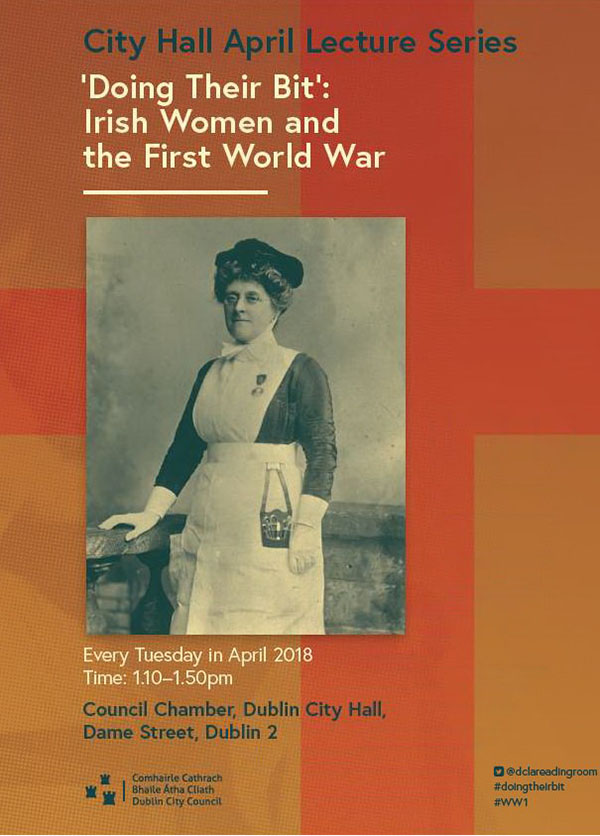 The fourth lecture, on Tuesday 24 April, was by Dr Fionnuala Walsh (UCD), and is entitled ‘”The world we had known had vanished’: the impact of the First World War on women in Ireland’. The lecture took place in the Council Chamber, City Hall, Dame Street, D2.