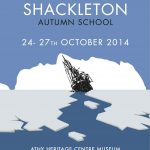 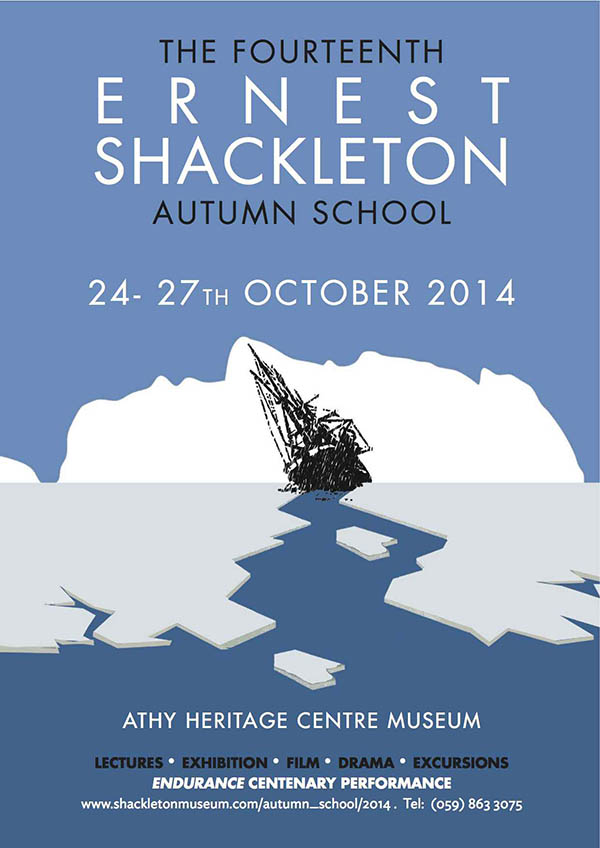 The fourteenth annual Ernest Shackleton Autumn School was held in Athy, Co. Kildare, on 24-27 October 2014. The explorer Ernest Shackleton (1874-1922) was born in Co. Kildare, and is best known for the series of Antarctic expeditions he was involved in between 1901 and 1916. 2014 marks the centenary of the ‘Imperial trans-Antarctic expedition’, led by Shackleton, during which the expedition vessel, Endurance, was trapped and destroyed in Antarctic ice. Shackleton was forced to embark upon a hazardous journey with a small crew (including Tom Crean) to seek help for the remaining members of the expedition; none of his crew were lost, and he later recorded his account of the expedition in South (1919).

The autumn school took place in Athy Heritage Centre and Museum, and will involved exhibitions, lectures, and the premiere of a theatrical performance on 26 October, entitled ‘Shackleton’s endurance: the story of the Endurance expedition 1914-16 through words and music’, composed by Brian Hughes.

Click here for more details of the autumn school. Explore the online exhibition on the expedition from the American Museum of Natural History, and read Shackleton’s own account of the expedition, South.