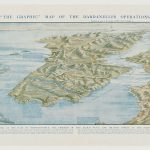 Between 24 and 26 April the weekly RTE Radio 1 programme The History Show and the organisers of the annual Hay Literary Festival in Kells combined to organise a commemorative event to mark the centenary of the beginning of the Dardanelles campaign in the First World War. Approximately 15,000 Irish soldiers fought at Gallipoli, and almost 4,000 of them died, mainly from the volunteer 10th (Irish) Division: a death rate of almost 27%. This compares with 8,700 Australian fatalities from a complement of over 60,000 soldiers: a death rate of 14.5%.

The event was partially funded by the Reconciliation Fund of the Department of Foreign Affairs, and took place on the centenary of the first landings by troops from Ireland, Britain, France, Australia and New Zealand on the Gallipoli peninsula in Turkey. It commenced on the evening of Friday, 24 April with the delivery of the Francis Ledwidge Memorial Lecture by Philip Orr, author of Field of Bones: An Irish Division at Gallipoli). This was followed on 25 April by a conference on the journalism and poetry of the First World War. The speakers included Heather Jones (LSE), Myles Dungan (RTÉ) and Mark Duncan (Century Ireland). On Saturday 25 April Declan O’Rourke performed a number songs relating to the First World War in a show entitled ‘Poems of War, Songs of Peace’. This was accompanied by readings of war poetry by Kells-based Welsh poet Nerys Williams (UCD). On 26 April there were a series of lectures devoted to the Gallipoli campaign, including short talks by Tom Burke (Royal Dublin Fusiliers Association), Donal McAnnallen (GAA), Conor Mulvagh (UCD), Tomás Irish (TCD), John Borgonovo (UCC), Jennifer Wellington (UCD), and a Turkish perspective will be provided by Murat Balandi. There was also a walking tour of ‘sites of memory’ relating to the First World War in Kells, led by Damien Shiels (Rubicon), and a number of experts weree available for consultation with members of the public.

Post Views: 70
Posted in 2015 events, Artistic and Cultural, Events in April 2015, Ireland and the World, Leinster, Past, World War One