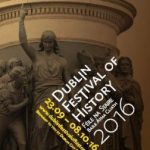 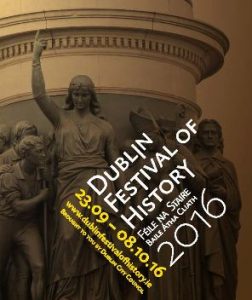 The 2016 Dublin Festival of History took place from 23 September to 8 October 2016. The festival, which is managed by Dublin Public Libraries, was first hosted in 2013, and consists of a wide range of events: a series of lectures and discussions hosted in Dublin Castle Printworks; walking tours, public talks hosted in Dublin City Hall and across the Dublin Public Libraries’ network; and a number of associated performances and exhibitions. Many of the events that took place in the 2016 festival dealt with the events being marked by the ‘Decade of Centenaries’, including the First World War, the Easter Rising, and the War of Independence.

Follow this link for full details of the 2016 Dublin Festival of History, and to listen to podcasts from previous festivals.