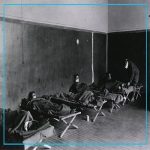 On Tuesday 23 October 2018 Glasnevin Trust and Trinity College Dublin’s School of Histories and Humanities presented a one day conference to mark the centenary of the ‘Spanish’ influenza pandemic of 1918-19. The pandemic travelled emerged in the latter months of the First World War, and was transported across the globe as armies demobilised on an unprecedented scale following the end of the conflict. The influenza strain was a particularly virulent form of avian flu that had made the transition to humans, and may have killed as many as 100 million worldwide. In Ireland the pandemic came in three waves in late 1918 and early 1919, causing immense disruption across society as perhaps 800,000 Irish people were infected; over 20,000 died. This one-day conference will explore the context, impact and legacy of the outbreak from a uniquely Irish perspective.  Confirmed speakers include Svenn-Erik Mamelund (Oslo Metropolitan University) and Ida Milne (Carlow College).

From History Ireland: Guy Beiner, Patricia Marsh, and Ida Milne on ‘the greatest killer of the twentieth century’.