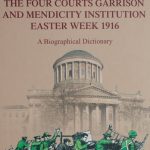 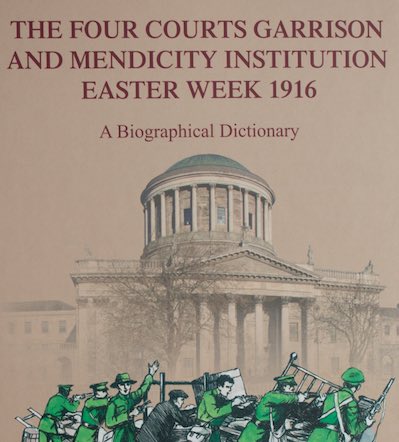 On Thursday 23 February 2016 the Law Library hosted the launch of Jimmy Wren’s The Four Courts Garrison and Mendicity Institution, Easter Week 1916: a biographical dictionary. This work is a sequel to the same authors work on the GPO garrison, and is a detailed biographical dictionary of members of the Irish Volunteers and members of other organisations active in these two garrisons during the Easter Rising.

The book was launched by the Rt. Hon Mr Justice John McMenamin at 6pm in the Law Library, Distillery Building, 145 Church St, Dublin 7, at 6pm. Refreshments were served and copies of the book were on sale on the night. Copies are also available from the author: contact 1916book@gmail.com.

From Century Ireland: The Four Courts and Church Street, and the Mendicity Institution.