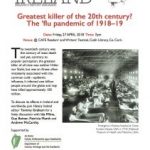 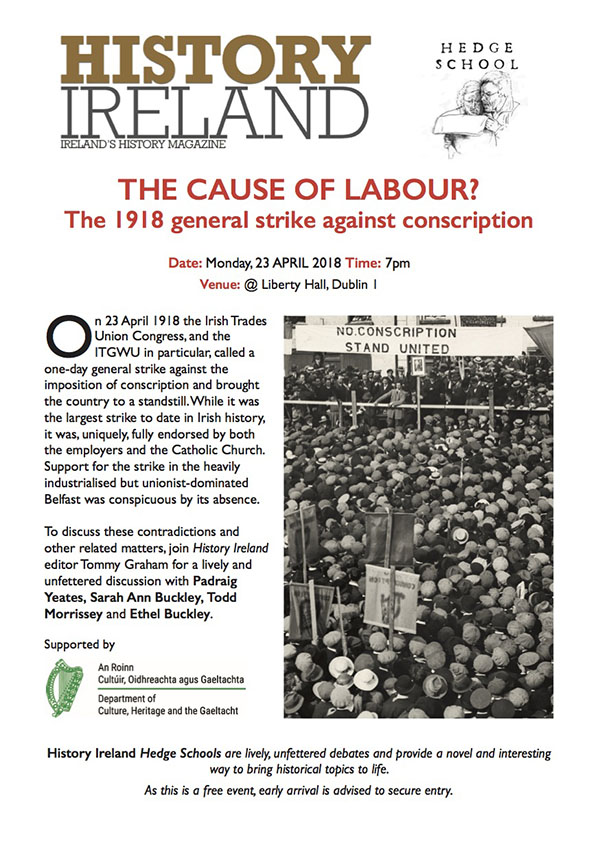 On Monday 23 April 2018 a History Ireland ‘Hedge School’ debate took place in Liberty Hall, Dublin 1, on the subject of ‘The cause of Labour? The 1918 general strike against conscription. On 23 April 1918 the Irish Trade Union Congress, and the ITGWU in particular, called a one day general strike against the imposition of conscription and brought the country to a standstill. While it was the largest strike to date in Irish history it was, uniquely, fully endorsed by both the employers and the Catholic Church. Support in heavily industrialized but unionist-dominated Belfast was conspicuous by it absence. To discuss these and other related matters History Ireland editor Tommy Graham was joined by Padraig Yeates (SIPTU), Sarah Ann Buckley (NUIG), Todd Morrissey SJ and Ethel Buckley (SIPTU). This Hedge School was supported by the Department of Culture, Heritage and the Gaeltacht.

Stream or download a recording of the Hedge School here.