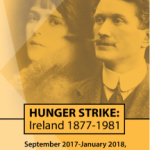 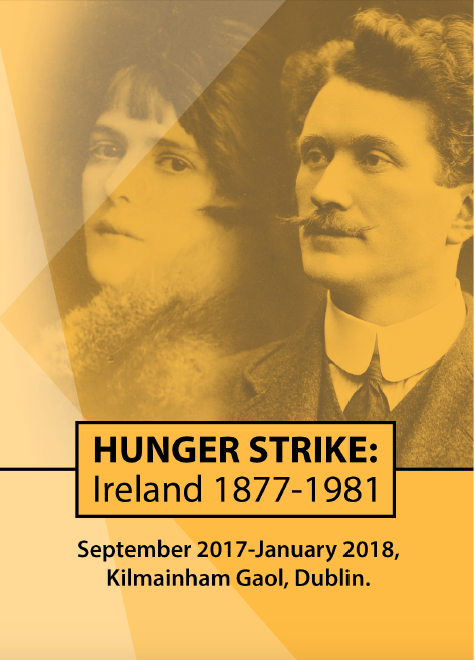 This exhibition arose from a project entitled ‘Incarcerated bodies: hunger striking and internment, 1912-1923’, which was funded by the Irish Research Council, New Foundations, 2015, Strand 3 scheme, and a collaboration between the museum sector, involving Niall Bergin (Kilmainham Gaol Museum), and academic partners Ciara Breathnach (University of Limerick), Ian Miller (Ulster University) and Laura McAtackney (Aarhus University). The first part of the project was a symposium held at Kilmainham Gaol, 13 October 2016. With representation from history, archives, museum and librarianship studies, it dealt with themes of dark history, history of the body, cultures of display, material culture, the oral history and the experience of hunger strike.

The exhibition built on that event and examined the history of hunger striking from the nineteenth century onwards. Food refusal was a common ploy used by ordinary prisoners to protest against prison conditions and prison medical officers began to use ‘artificial-feeding’ to avert starvation. Hunger striking was used to great effect by those seeking ‘political prisoner’ status and by Suffragettes in British and Irish Gaols. Gender, the relationship between Suffragette hunger striking activity and its adoption by Irish Republicans as a tactic throughout the twentieth century received special attention in the exhibition.

To mark the centenary of the death of Thomas Ashe, following an unskilled force-feeding effort on 25 September 1917, his political activity and the circumstances surrounding his death was a central component of this exhibition. Hunger striking prisoners posed a major ethical question for the medical profession, who faced the dilemma of force-feeding or letting prisoners starve. In 1975 the World Medical Association declared force-feeding unethical. The exhibition emphasised the fact that while hunger striking is intrinsically linked to Ireland, it has a global history.

The project investigators gratefully acknowledge the generous support of the Irish Research Council and the Office of Public Works. The exhibtion runs until January 2018.

From Century Ireland: The state, the law, and political imprisonment, 1914-18.