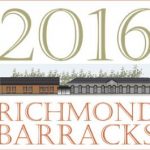 On Thursday 22 September 2016 the official court-martial records of the leaders of the Easter Rising were officially launched by President Michael D. Higgins At 11.30 am on  in Richmond Barracks, Inchicore, Dublin 8. Universities Ireland acquired facsimile copies of 43 sets of papers relating to the 1916 Courts Martial from the National Archives of the United Kingdom in Kew.

These unique documents have been collated, catalogued and prepared for public release on the Universities Ireland, the PRONI and National Archives of Ireland  websites. There will be open access to the documents for scholars and members of the public on all three websites.

From Century Ireland: 14 men executed in aftermath of Easter Rising