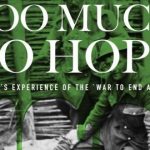 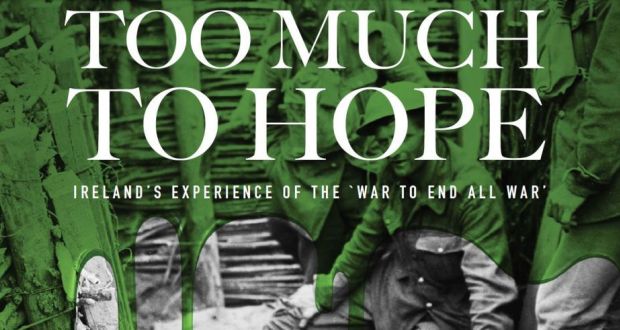 On 22 October 2014 The Irish Times published the sixth in its series of ‘Century’ special supplements, with the support of the Department of Arts, Heritage and the Gaeltacht. The supplement was entitled Too much to hope: Ireland’s experience of the ‘war to end all war’. As noted by Patrick Smyth in his introduction, ‘commemoration and the rediscovery of the war and our part in it – not, as some British minister would wish, its celebration, or pace John Bruton, celebration of John Redmond – must play a central part in the re-exploring, unravelling and rewriting of our complex national narrative in this decade of commemoration. It will be a commemoration unlike previous ones precisely because of its inclusiveness, and because of a new narrative emerging in which all play their part. Not just the winners. This supplement is an attempt to reflect on some of that Irish experience of and contribution to the war and particularly, in the ‘war stories’, on the lives of some extraordinary Irishmen and women’.

The supplement deals with diverse aspects of the Irish experience of the war, its domestic impact, opposition to the war in Ireland, and the differing ways it has been commemorated. Contributors include Turtle Bunbury, Diarmaid Ferriter, Myles Dungan, Ronan McGreevy, Philip Orr, and Padraig Yeates

Click here to read Too much to hope: Ireland’s experience of the ‘war to end all war’.