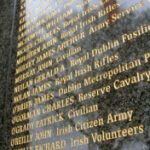 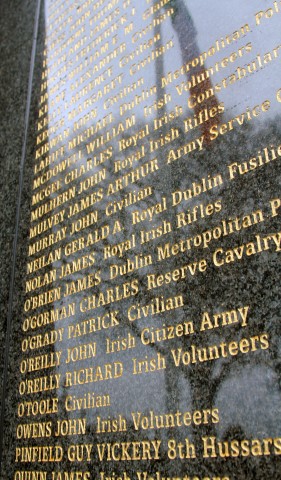 On Wednesday 22 June the first part of a special centenary pilgrimage to Flanders, marking the centenary of the Battle of the Somme, took place in Glasnevin Cemetery, Dublin 11. Archbishops Eamon Martin (RCC) and Richard Clarke (COI) led the pilgrimage, which began on Wednesday 22 June with a prayer service the at the Memorial Wall in Glasnevin Cemetery at 11am before departure. The pilgrimage to the Somme also included a delegation of young people from across the island of Ireland, including pilgrims from the Archdiocese and Diocese of Armagh; pilgrims from the Church of Ireland dioceses of Clogher, and Cork; and pilgrims from the Catholic diocese of Kildare & Leighlin. While in Flanders, the pilgrims visited the Ulster Tower in Thiepval, France;  laid a wreath at the Menin Gate, Ypres, Belgium on Thursday 23 June; and will visit the Island of Ireland Peace Tower, Messines, Belgium, on Friday 24 June.

Speaking ahead of the centenary pilgrimage, Archbishop Martin said, ‘I am looking forward to being part of this special pilgrimage with Archbishop Clarke and with young people from across the country. The Battle of the Somme has left us with a haunting image we are all familiar with – the thousands of pale, white gravestones dotting the ground which symbolise the lives of the many who were lost. We go there, one hundred years after one of the bloodiest battles in human history, on a pilgrimage of prayer and remembrance. I hope that our shared pilgrimage will offer us time and space to reflect with our young people on the importance of peace in our country and in our world’. Archbishop Clarke said, “I am very much looking forward to this journey, which will I believe be far more than a purely physical journey for all of us. Coming as we do from very different contexts (both spiritually and geographically) and also carrying very different understandings of our history, we have much to share with one another and much to learn, as we travel and pray our way through places that carry such huge symbolic importance for us all’.

Explore the Imperial War Museum’s online exhibition on the Somme.