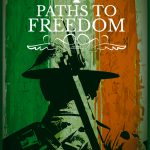 The two-day event took the form of lectures in King House on Friday May 22 and Saturday 23rd May, followed by a musical evening with songs and stories from the First World War performed by The Brook Singers, with soloists Sadhbh Burt Fitzgerald, Jonathan Creasy, actor/tenor Brendan MacQuaile and pianist Ronan Murray.

12.15pm: Gordon Power: ‘The Irish At Gallipoli/Tracing Your WW1 Ancestors’

2.00pm: Turtle Bunbury: ‘That Easter Dawn: the personalities of the 1916 Rising’

11.15am: Marie Egan Paul: ‘Around the Bridges. Margaret Cousins and the sttruggle for women’s emancipation’