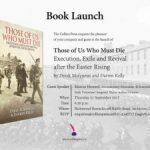 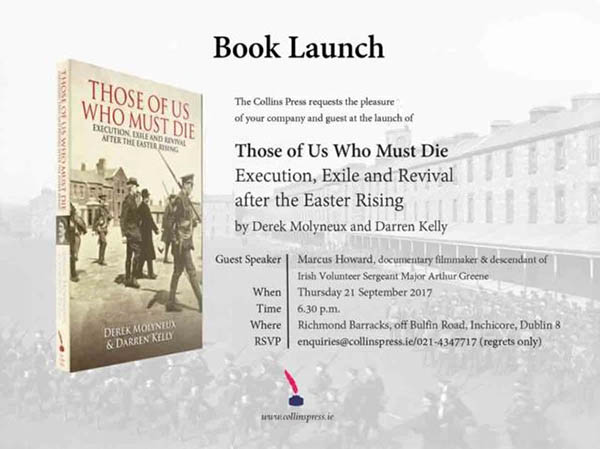 On Thursday 21 September Richmond Barracks, Inchicore, Dublin 7, hosted the launch of Derek Molyneux and Darren Kelly’s Those of us about to die: execution, exile and revival after the Easter Rising. The book is a sequel to their previous work on the Easter Rising, and deals with the aftermath of the Rising, the court-martials and executions of the leaders and the experience of those republican activists who were imprisoned after the Rising, and the eventual remobilisation of the republican movement from 1917 onwards.

The book was launched at 6.30pm in Richmond Barracks by Marcus Howard.

From Century Ireland: Between armed rebellion and democratic revolution.