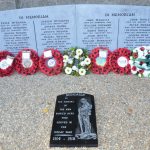 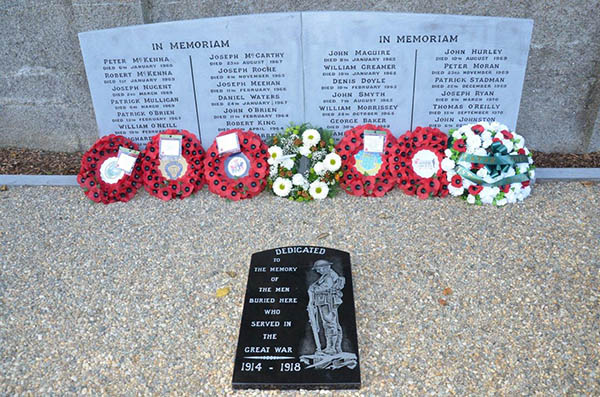 On Sunday September 21, 2014 An Cathaoirleach of Dún Laoghaire-Rathdown County Council, Cllr. Marie Baker, oversaw the rededication of the graves of a number of veterans of World War One as part of a series of council events marking the centenary of the start of the First World War. Also in attendance were a number of other Councillors from Dún Laoghaire-Rathdown, the mayors of Antrim and Ballymena, along with representatives of the Royal Dublin Fusiliers Association and the Orange Order.

The men (more than 60) whose graves had been unmarked were patients of Leopardstown Park Hospital. The Hospital opened in 1917 and was one of nine military and auxiliary hospitals that operated in what is now Dún Laoghaire-Rathdown. The men in the Deansgrange graves served in a wide variety of regiments, including the Royal Army Medical Corps, Connaught Rangers, Irish Guards, Royal Inniskilling Fusiliers, Royal Dublin Fusiliers, and the Notthinghamspire & Derby Regiment. They served in France, Belgium, Gallipoli, Salonika and Mesopotamia. 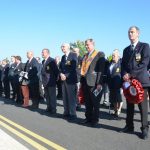 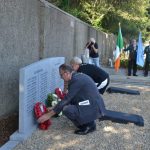 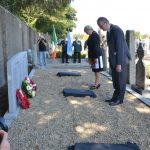 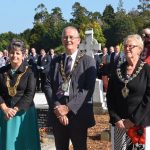 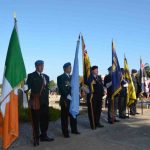 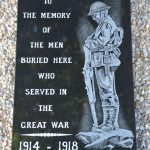 Watch the testimonies of Irish veterans of the war through the online RTÉ World War One centenary exhibition.

Three of the men remembered in Deans Grange are:

Patrick Newman from Gloucester street, Dublin who enlisted in the Border regiment in 1916, aged 16.  Sent to the front, he was wounded in August 1917 during the Battle of Passchendaele.  A shell exploded close to Newman and a piece of shrapnel hit him in the head and embedded in his skull resulting in a severe wound and his discharge from the army.  He died in October 1982 aged 83.

Patrick Darley enlisted in the Royal Dublin Fusiliers in August 1916 and served in France and Belgium with the regiment.  He was taken prisoner on 21 March 1918 during the large German offensive on the Western front.  Interned in a prisoner of war camp in Germany, he was released following the armistice and returned home to Dublin.  He died in November 1973 aged 83.

Patrick Joseph O’Rourke from Monaghan enlisted in the Royal Army Medical Corps in 1899. He served during both the Anglo-Boer War and First World War.  During the retreat from Mons in 1914 he was mentioned in dispatches for his gallant actions in collecting wounded men under heavy fire and saving their lives.  He later served in Mesopotamia, was mentioned in dispatched twice more and awarded a Meritorious Service Medal.  Following the war he returned to Ireland to live at Unity Street, Belfast and later moved to Dublin.  He died in December, 1970.