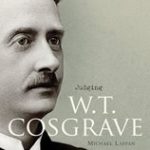 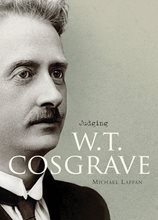 On 21 October 2014 the Royal Irish Academy launched the latest in its series of biographies of Irish leaders since independence: Judging W.T. Cosgrave, by Michael Laffan (UCD). W.T.Cosgrave (1880-1965) was imprisoned for his involvement in the Easter Rising, was prominent in the Dáil government and Sinn Féin afterwards, and in 1922 became President of the Executive Council of the newly established Irish Free State. This new biography, which uses sources not consulted by other historians, examines his career as local politician, rebel, minister, head of government for nearly ten years, and opposition leader. In particular it assesses his role as a state-builder and a key figure in the Irish democratic tradition. The book was launched by An Taoiseach, Enda Kenny TD, and was attended by W.T. Cosgrave’s son, former Taoiseach Liam Cosgrave. Click here to watch the speeches made at the launch by Prof. Laffan, Mr Cosgrave, Mr. Kenny, and Prof. Mary Daly, president of the Royal Irish Academy.

From British Pathé: watch and listen to W.T. Cosgrave speak on ‘Ireland  and her status in international affairs’.

Click here to learn more about Judging W.T. Cosgrave, and here for a short biography of Cosgrave from UCC Multitext. 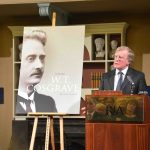 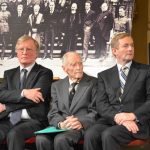 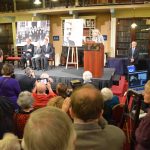 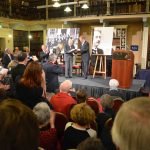