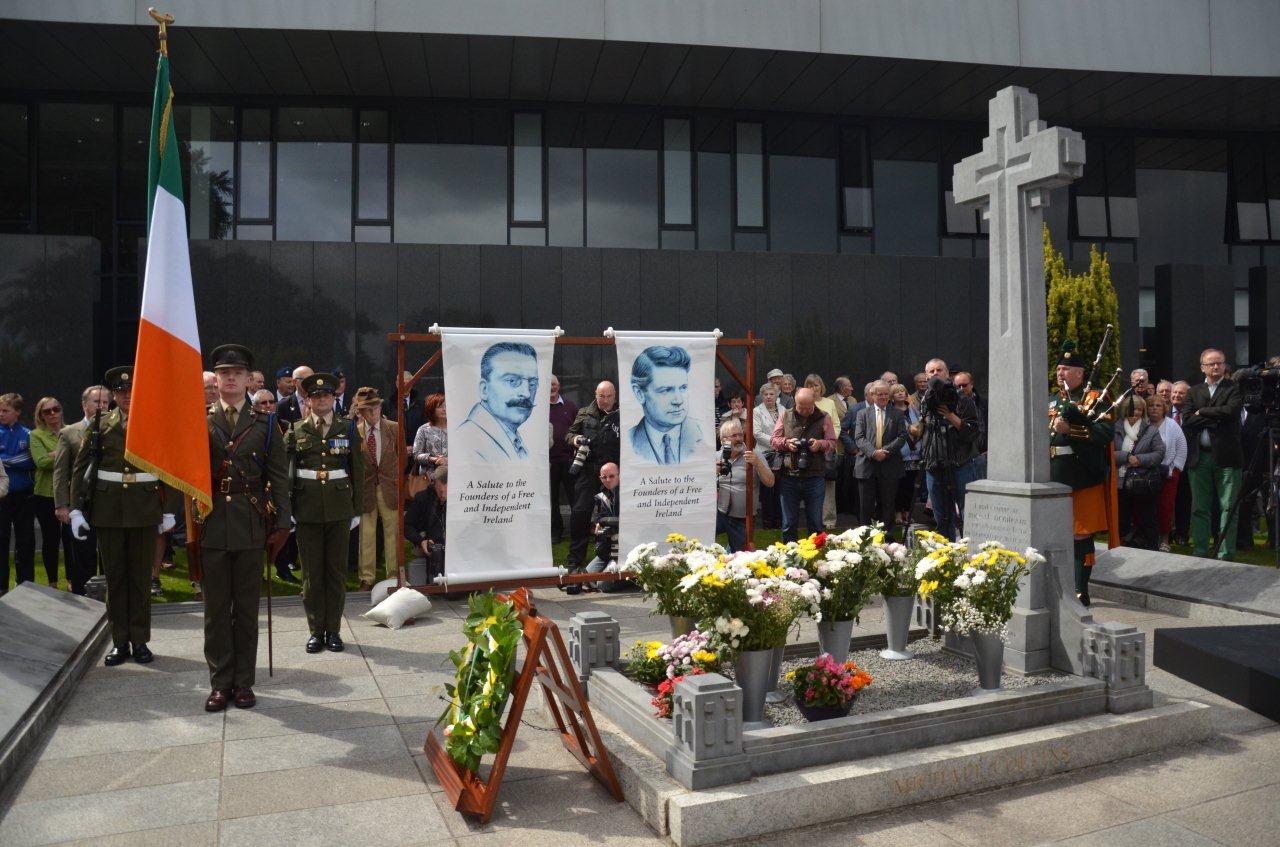 On Sunday 20 August 2017 Glasnevin Trust hosted the annual Collins-Griffith commemoration, marking the deaths of both Arthur Griffith and Michael Collins in August 1922. Each year, in mid-August, the Collins-Griffith Commemoration Society organises the ceremony at Glasnevin Cemetery to commemorate the lives and legacies of two of the chief architects of the Irish Free State. Arthur Griffith (1872-1922) was the politician and journalist who founded and later led the political party Sinn Féin. He served as President of Dáil Éireann from January to August 1922, and was head of the Irish delegation at the negotiations in London that led to the Anglo-Irish Treaty of 1921. Collins (1890-1922) was an Irish revolutionary leader, Minister for Finance and TD in the first Dáil of 1919, Director of Intelligence of the IRA, and member of the Irish delegation during the Anglo-Irish Treaty negotiations. Subsequently, in early 1922 he became both Chairman of the Provisional Government and Commander-in-chief of the National Army. He was shot and killed on 22 August 1922 in an ambush at Béal na Bláth, in west Cork. Both Collins and Griffith are buried in Glasnevin.

The event was preceded by mass at Berkeley Road Church at 10.30am before moving to the respective burial places in Glasnevin Cemetery for 12pm. The oration was delivered by Stephen Collins of The Irish Times, and wreaths were laid by Minister for Social Protection Regina Doherty TD, and Senator Paul Coghlan of Fine Gael.