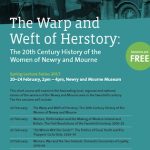 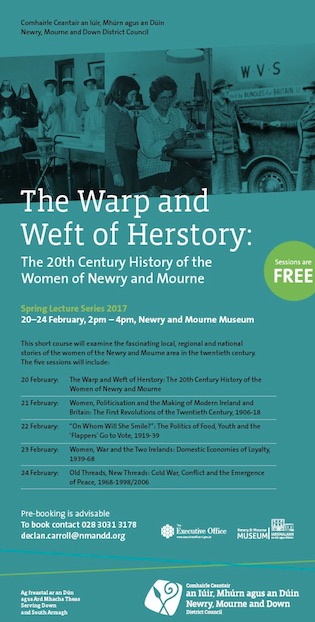 From Monday 20 to Friday 24 February 2017 Newry and Mourne Museum hosted a series of afternoon lectures on the theme ‘The warp and weft of herstory: the 20th century history of the women of Newry and Mourne’. Topics included the history of women in the region during the twentieth century broadly, the revolutionary era, the interwar period and the ‘Troubles’.