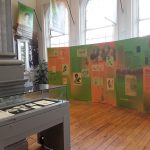 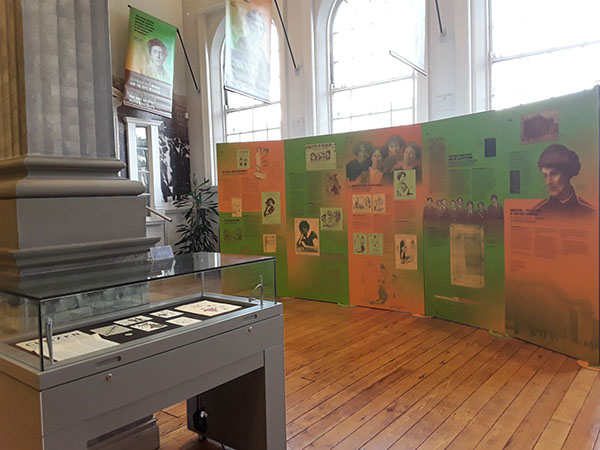 From 2 January to 28 February 2018 Dublin City Library and Archive hosted a new exhibition entitled Suffragist city: Women and the vote in Dublin. Suffragism was the conviction that votes should be extended to women. By the early years of the twentieth century, the suffrage campaign had gained sufficient momentum to be regularly debated in parliament. The cause of suffragism added to the tumult of the Irish revolution as women asserted their political rights. Suffragists in Ireland endured ridicule, assault, and imprisonment in their quest for social justice but limited suffrage for women was won in February 1918. Later on in December 1918, the voters of Dublin elected Constance Markievicz, the first woman to win a seat at Westminster (which she declined to take). This exhibition told their story. Suffragist City was on display in Dublin City Library and Archive, 138-144 Pearse St, Dublin 2.