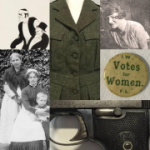 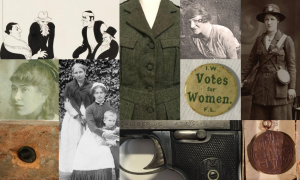 On Tuesday 19 January 2016  Minister of State for the Diaspora, Jimmy Deenihan TD., launched a new phase of the Digital Repository of Ireland’s Inspiring Ireland project – a series of exhibits focusing on familiar and unfamiliar stories of people and events surrounding the Easter Rising that will be showcased online over the first six months of 2016 as part of the Ireland 2016 centenary programme.

Inspiring Ireland 1916: weaving public and private narratives uses fascinating objects — digitised photos, diaries, posters, aural recordings, video, and ephemera — to tell the stories that surround the Rising, and paint a picture of everyday lives in 1916. Combining expert narrative with iconic objects from the National Archives of Ireland, the National Library of Ireland, the National Museum of Ireland and RTÉ Archives alongside ‘found’ objects from private collections, Inspiring Ireland 1916 creates a dynamic, multi-media reflection on the people, events, and legacy of 1916.

Officially launching the new series of exhibitions, Minister Deenihan stated that ‘it gives me tremendous pride to launch this new phase of Inspiring Ireland, dedicated to telling the stories of 1916, from both private and public collections. These exhibits are truly revealing Ireland at its best, and by bringing them together in one online space, we allow people to participate in commemorating the events and lives of 1916 from wherever they may currently reside, with whatever connection brings them to explore the history of this island. Through these new exhibits, which importantly, allow the public to contribute content alongside known artefacts, the Digital Repository of Ireland is continuing the crucial work of preserving and sharing our national cultural heritage for many generations to come.’

At the launch, Dr. Natalie Harrower, director of the Digital Repository of Ireland, revealed the schedule of exhibitions, which begins with stories of women and the Rising: ‘By combining public content cared for by Ireland’s national cultural institutions with private items shared by members of the public via our national and international Collection Days, Inspiring Ireland 1916 is able to show a side of the Rising that is not as well documented. In our first exhibition, we use the lens of women’s lives to explore class, politics, grief and survival through this remarkable period in Irish history. And this is just the start of the stories that have inspired Ireland through the Rising’.