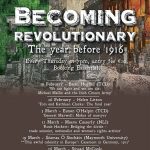 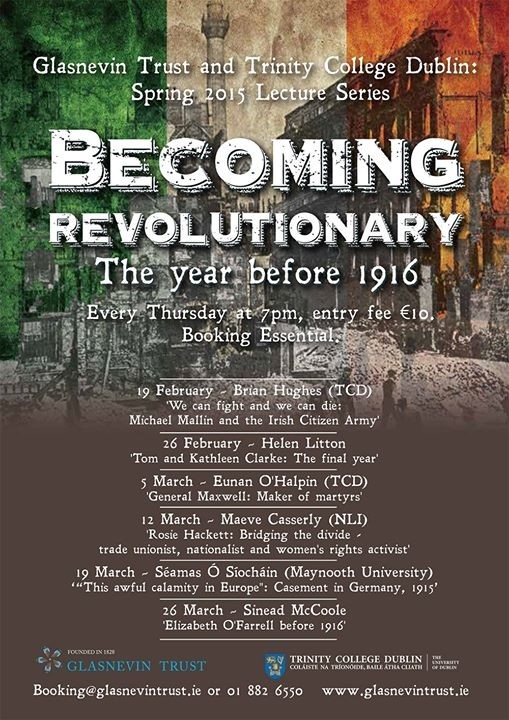 On 19 February 2015, Glasnevin Trust in association with Trinity College Dublin launched its 2015 spring lecture series entitled ‘Becoming revolutionary: The year before 1916’. The lecture series examined the lives of a number of Irish revolutionaries, to explain how they became involved in a cycle of events that would culminate in the rebellion of 1916. What were they doing in 1915? The series interrogated the lives of some of the lesser-known revolutionaries. The speakers and topics were as follows:

Thursday 19 February: Brian Hughes (TCD), ‘We can fight and we can die: Michael Mallin and the Irish Citizen Army’

Click here to learn more about the Glasnevin Trust.