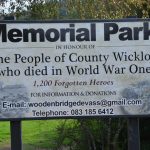 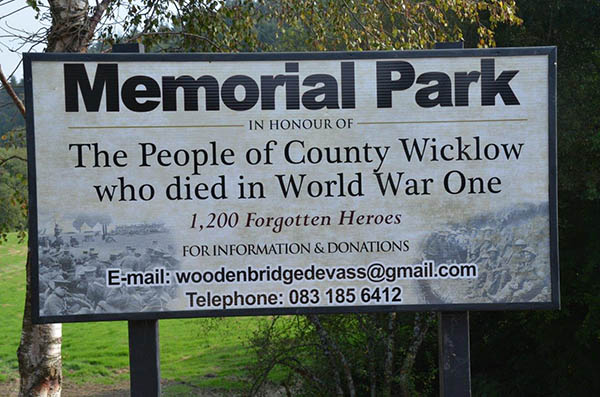 On Thursday 18 September Mr Charles Flanagan TD, Minister for Foreign Affairs, officially opened a memorial park at Woodenbridge, Co. Wicklow, to commemorate natives and residents of Co. Wicklow who died as a result of the First World War.

The origins of the project date back to 2012, when the Wicklow War Memorial Committee was established with a view to developing a memorial to those from the county who died in the First World War, for completion in September 2014.  The committee decided that the memorial would display the names of natives and residents of county Wicklow who had lost their lives, either directly or indirectly, as a result of the First World War. Mr Brendan Flynn of Wicklow produced a list of 1,192 names, based on all documentation currently available, though it is acknowledged that the list may not be definitive at this point in time. The names are listed on the 15 granite pillars that comprise the memorial. It is located alongside the old railway bridge on the river bank at Woodenbridge; the location for the speech made by John Redmond MP on 20 September 1914, in which he exhorted members of the Irish Volunteers to enlist in the British Army during the war, ‘to go where ever the firing line extends, in defence of right, of freedom and of religion in this war’. It was agreed that Woodenbridge would be the most suitable site in the county given the association with Redmond’s speech.

From Century Ireland: Irish political responses to the outbreak of war in 1914 and Redmond urges Irish Volunteers to join the British Army.

The Woodenbridge Development Association was approached in 2012 and agreed to take on the project. To date, funding for the memorial has been provided by Wicklow County Partnership, Wicklow County Council, Arklow Town Council, Bray town Council, the Parnell Society, the Department of Arts, Heritage & the Gaeltacht, along with local fundraising and personal donations. Work commenced in the summer of 2014 and the memorial is now complete. 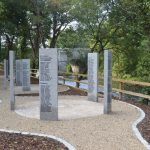 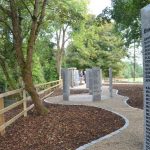 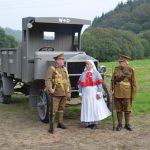 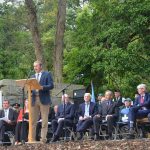 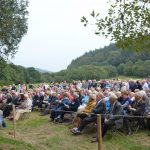 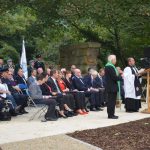 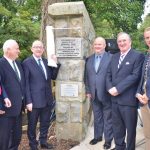 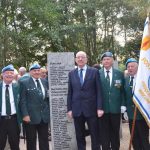