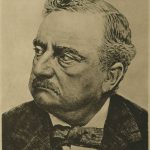 On 18 September 2014 the Reform Group organised a seminar to mark the centenary of the signing into law of the Third Home Rule Bill on 18 September 1914.. The seminar was hosted by the Royal Irish Academy. Speakers included former Taoiseach John Bruton, Prof. Ronan Fanning (UCD), Redmond biographer Dermot Meleady, and Prof. Eunan O’Halpin (TCD).

Mr Bruton argued that the signing of the third Home Rule Bill into law should be commemorated as a highly significant achievement. ‘Given that this is a parliamentary democracy, one of the oldest surviving ones in Europe, one that did not descend into totalitarianism during the 20th century, it is important that we should celebrate parliamentary achievements. Remembering democratic, non-violent achievements should be part of the civic education of our nation…Given that the Home Rule Act of 1914 provided Ireland with a right, a right that had been denied for the previous 114 years, the right to an Irish legislature meeting in Ireland, its centenary today should be specially marked today in our legislature, in the Dáil and Seanad Éireann. The reality is that, in 1916, Home Rule was on the statute book and was not about to be reversed. If the 1916 leaders had had more patience, a lot of destruction could have been avoided, and I believe we would still have achieved the independence we enjoy today’. Mr Bruton’s argument was contested by Prof. Fanning, who argued that ‘the pusillanimous and inept behaviour of British governments’ had facilitated events such as the Easter Rising of 1916 and the subsequent independence movement. Prof. Fanning went on to argue that the British government of Herbert Asquith had acted in bad faith towards John Redmond and his followers, and their willingness to favour the claims of Ulster Unionists over those of Redmondite nationalism. Such a stance had, he suggested, created circumstances that led to the 1916 Rising and subsequently, the War of Independence: ‘We have to learn that British failures were responsible for violence and the triumph of violence in Ireland’.

Prof. Fanning also argued strongly against the validity of comparisons made by Mr Bruton between the Irish achievement of independence and the referendum on Scottish independence held on 18 September 2014; the opportunity to make such a choice in a democratic fashion, as granted to the Scottish electorate, had never been accorded to the Irish.

From Century Ireland: What was Home Rule?, Irish political responses to the outbreak of war in 1914, and Redmond urges Irish Volunteers to join the British Army, and Home Rule suspended until war ends. 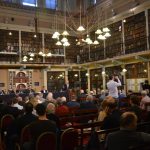 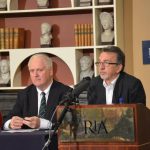 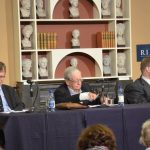 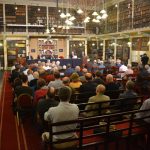 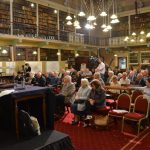 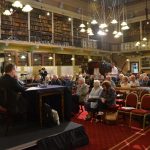