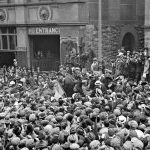 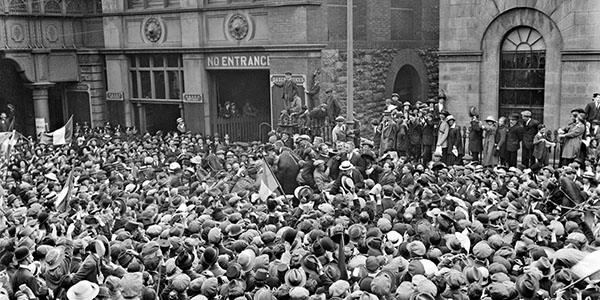 On Saturday 18 November 2017 Universities Ireland, the network of university presidents and vice-chancellors on the island of Ireland, sponsored the sixth in a series of conferences to commemorate the centenary of key events in the history of modern Ireland ranging from the Ulster Covenant, through the First World War and the 1916 Rising, to the foundation of the Irish and Northern Irish States in the George Moore Auditorium, O’Brien Centre for Science, UCD on 18 November 2017 under the title Propaganda and mobilisation: Ireland from Rising to conscription crisis, 1916-1918. Speakers included: John Borgonovo (UCC), William Murphy (DCU), Aidan Beatty (Wayne State University, Detroit), Conor Mulvagh (UCD), Mary McAuliffe (UCD) Leanne Blaney (UCD) Daithí Ó Corráin (DCU) and Dr Margaret Ward. The conference also incorporated a showcase of postgraduate research relating to this period of Irish history.

From Century Ireland: Between armed rebellion and democratic revolution.