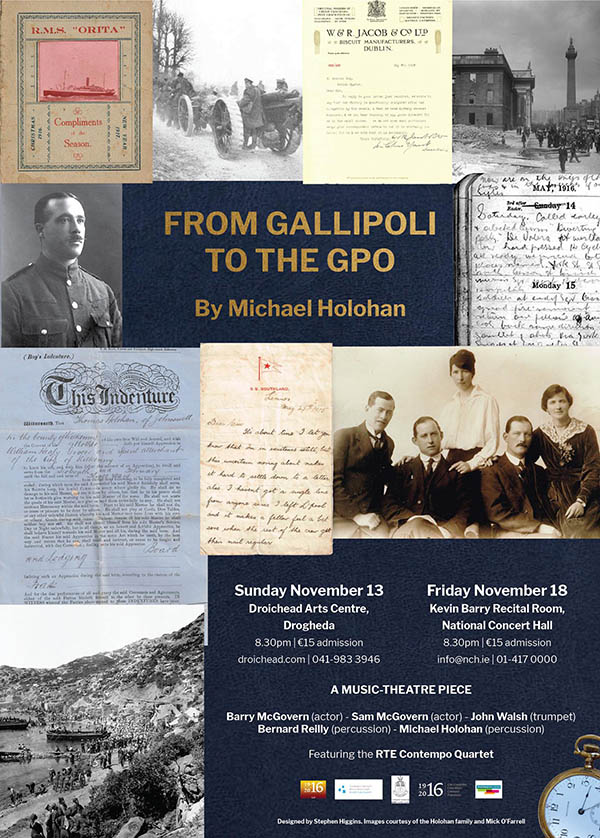 On 18 November 2016 the National Concert Hall, Earlsfort Terrace, Dublin 2, hosted the Dublin premiere of ‘From Gallipoli to the GPO’, by Michael Holohan. Drawing on the personal letters and diaries of Holohan’s paternal and maternal granduncles, and the 1916 diary of a British soldier, this musical and spoken word portrait recreated the stories and eyewitness accounts of Francis and Thomas Holohan, Seosamh de Brún and Samuel Henry Lomas during the First World War and the Easter Rising of 1916. The performers included the actor Barry McGovern and Sam McGovern actor, with John Walsh on trumpet, Bernard Reilly and Michael Holohan on percussion, and the RTÉ ConTempo String Quartet. The project was funded under the 2016 Centenary Programme, with support from the Department of Art, Heritage, Regional, Rural and Gaeltacht Affairs, Dublin City Council, and Louth County Council.