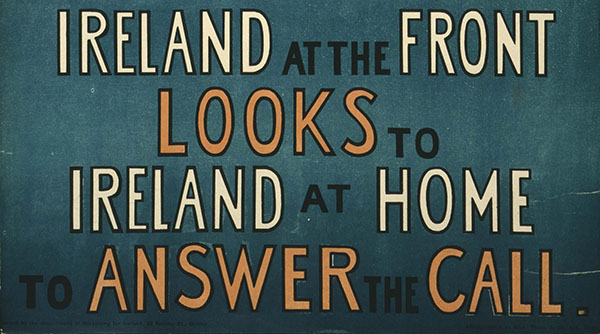 On Wednesday 18 November The Irish Times published the latest in its series of ‘Century’ special supplements, with the support of the Department of Arts, Heritage and the Gaeltacht. The supplement was entitled Dragons stirring: Ireland six months before the Rising. As noted by Patrick Smyth in his introduction, the focus of the supplement is ‘an attempt to capture that moment just months ahead of Easter 1916 and the preoccupations of the main actors, the society and setting in which they moved…to cast the events that lead to Easter Week not as part of a single continuum, or as an uninterrupted thread of Irish history, but as the convergence of multiple, cascading streams of our history and that of Europe’. Contributors included Chris Dooley, Diarmaid Ferriter, Therese Moriarty, Padraig Yeates and Maurice Walsh.