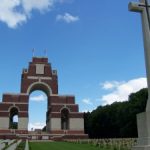 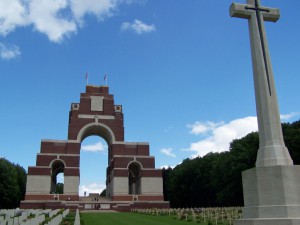 On 1 July 2016 the official commemoration of the outbreak of the Batlle of the Somme will will be held at the Commonwealth War Graves Commission Thiepval Memorial in Northern France. The commemoration is being organised by the British and French Governments in partnership with the Commonwealth War Graves Commissions and Royal British Legion. The Minister for Arts, Heritage and the Gaeltacht, Heather Humphreys TD, encouraged interested Irish people to apply for tickets to attend the Thiepval commemoration. Free tickets for the event were being made available online from today through an online ballot system with 500 tickets allocated to residents of Ireland.

Minister Humphreys said that ‘while much of the focus in Ireland next year will be on commemorating the 1916 Rising, there will also be considerable interest in the centenary of the Battle of the Somme, which claimed thousands of Irish lives. Through the Decade of Centenaries, there has been increased awareness around the level of Irish involvement, and indeed the level of Irish casualties, in World War 1. The centenary of the outbreak of the war, which was marked last year, helped shine a light on the Irish experience of the war and was for many, a period of discovery of their own families’ involvement during this period. The Irish Government has been working with the British and French Governments on this important commemoration and I welcome the opportunity for Irish residents to apply for tickets through the online ballot system. I know that many Irish families will want to participate in this significant memorial event and to remember their relatives who lost their lives in the terrible battle. Preparations are also being advanced by the Irish Government to appropriately mark the centenary of the Battle of the Somme in Ireland next year’.

Due to the expected high public demand and the limited capacity at the site at Thiepval, the event will be accessible by ticket only. Up to 8,000 tickets, which will be free of charge, are being distributed in pairs by way of a ballot to successful applicants. Disabled seating will be available. The ballot is being co-ordinated by the UK Department for Culture, Media and Sport, on behalf of the UK Government. Entrants, who are residents of the United Kingdom or Ireland, will be able to enter online through the dedicated Somme 2016 Ballot website: www.somme2016.org.

500 tickets are being specifically allocated to residents of Ireland. The closing date for entry into the ballot was 18 November 2015. Queries can be directed to commemorations@ahg.gov.ie